It's Retro Weekday Escape time and four atmospheric and magic games are waiting for you!

We start in enchanting and tidy room by 10 Color Dots, full of lavender smell. After we leave it, Kiterescu takes us first to the laboratory apparently researching teddy bears and also a cactus, and then to Japanese style room. Our journey continues with Gatamari in another room full of strange devices, one of them shooting ninja stars, threatening innocent escapists! 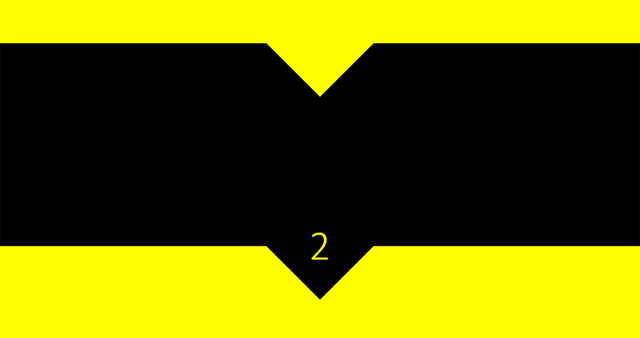 The new game from Bart Bonte is sharp yellow and black. The first-signal system activates! Wasps! Hornets! Caution Bio-Hazard! Caution Wet Floor! Slow Down! The last one is correct, no need to hurry anywhere, we've got awesome relaxing game with 25 levels (PC) or 50 levels (Android/iOS), with beautiful graphics, vivid music and great puzzles. Well, you may played the game already as Bart Bonte on his blog says that it passed one million downloads on Google Play recently... 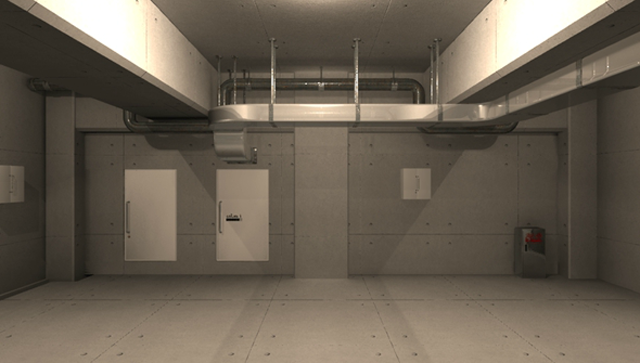 Huzzah! Tesshi-e is back with another excellent game!

First, don't panic after you notice the intro screen you've seen before. Yes, it's from The Escape Hotel 3: Remake released last summer. Tesshi-e just revisited his favourite hotel, lost his way and ended up locked in hotel basement. No wooden or brick rooms this time, but grey concrete floor and walls, shining metal pipes and cables, strip lights and some lockers. Typical technical floor. Boring. But wait, jazzy music from hotel lobby reaches your ears here in basement too and if you take a closer look at the lockers, they seem quite interesting on second sight...yes, puzzles and codes, hints and clues, it is Tesshi-e's game as we know it!

Quality puzzles and three Mr. Birdies are waiting for you. And Happy Coin too, at the end. Just switch the language button from Japanese to English and go! Cursor isn't changing, the game can be saved.

Lutaru gives us a box for playing, with a small button here and a tiny hole there and waits until we figure out what to do with it. After they release us, we find ourselves in Shiesuta's cosy room with greenish walls and variety of challenging puzzles. And after we escape again, with or without help, the last Riddle Escape´s game is waiting for us! Without cicadas, promised.

Maybe you are on holiday, maybe you are planning it and maybe you don't have any. Anyway, Weekday Escape is here as a short break for everybody! Well, not so short, in fact.

The first game is from Detarame Factory and consists of six small games which are not exactly small. What do I mean. Each of them could be easily introduced separately (and as far as I know at least two of them were) as "short cute game"...so really a lot of content today on Weekday Escape! From Amajeto we get what we expect, solid escape game with good puzzles and pleasant graphics. Finally comes Riddle Escape´s room, or I should say escape garden, with full moon magic atmosphere.

Forget your troubles, it's time to play, new Weekday Escape's here to brighten your day!

Today we start with cute (and a bit strange) Twinkle' s game. After we escape from warm summer rain with a little help from a frog and a snail, Vitamin Hana takes us fishing. One fish is enough and catching it doesn't take long. So much for brain warm-up, our minds are ready and prepared for more puzzles in Riddle Escape´s room.