Here's a bit of awesome news for retro RPG fans. GOG.com has released three Wizardry games, proving that the first person role playing game will never, ever die! Wizardry VI: Bane of the Cosmic Forge and Wizardry 7: Crusaders of the Dark Savant come as a single package, while Wizardry 8 is sold by itself. Released between 1990 and 2011, these titles are part of the Dark Savant trilogy and share a lot of common themes between them. They also happen to be some of the most complex, most satisfying role playing games ever made. 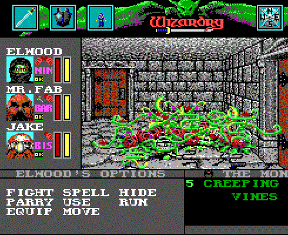 If you're looking at Wizardry from modern eyes, think of it as Legend of Grimrock or QuestLord, only a thousand times more intricate in every way. The storytelling, the setting, the mechanics, the artwork, the... the... the everything! Aah! It's all so epic! Between the three titles you can expect to squeeze in roughly 500-700 hours of gameplay. Assuming you've got a month out of the year you aren't planning on utilizing in any other way.

Wizardry 6 and 7 are the most retro of the trio, featuring EGA and VGA graphics respectively and preserving the step by step turn based movement and combat we know and love. These two games marked a sort of reinvention of the series from the previous releases. The story took center stage and was remarkably well-written, adding flavor and substance to what would otherwise be hallway after hallway of lookalike rooms and walls. 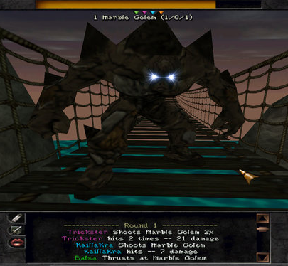 Wizardry 8 was released in 2001, over a decade after Wizardry 6, and as a result it looks and plays like a much more modern game. Gone are the graphics where you can sit and count the colors on the screen, replaced instead with a world you're free to explore from a first person perspective. Even though the look and feel may have changed, it's still the same old Wizardry underneath.

We couldn't possibly say anything about a Wizardry game that hasn't already been said. Unless we start writing in some strange made-up unicorn language or something. The GOG releases provide a good handful of extras, including manuals, cluebooks, quick reference cards and even a map. And they all run without issue on modern PCs. The Wizardry 6+7 package even includes the original DOS version of Wizardry 7 along with Wizardry Gold, which was released later with a few upgrades so it would run more smoothly on Windows and Mac computers.

If you haven't played a Wizardry game, we highly suggest you clear out your weekend and have a go. These are games you can get lost in, both figuratively and literally. You can spend half an hour in the character creation screen fine tuning everything before you embark, and once you're loose, there's so much to learn and experience it's overwhelming. The good kind overwhelming. You've got a great ride ahead of you.

Seriously, best thing ever. A couple years back I actually dusted off an old laptop with Windows XP on it just so I could play Wizardry 7 again. If you like RPGs, these are the holy grail for true RPGers

Be sure to check out the GOG.com forum page for Wizardry 6. You'll find instructions there on how to fix the annoying audio popping problem with the stock DosBox that's shipped with the game.