Along with three slightly crazy games, in this edition of Weekend Download we have a few games that have gone through a metamorphosis of sorts. World of Goo is now available for Mac (!), and one of my favorite resource management games, Now Boarding, has had a significant upgrade.

Lynchmob HD (Windows, 1MB, free) - Created in just three hours, Lynchmob HD is a simplistic arena shooter where you move the yellow target (controlled via mouse) over the swarming dots to eliminate them. Use [WASD] to slide your character around the screen and avoid the enemies. You won't stay alive long, but if you're good you can earn a spot on the online high score board.

Karateka Mania (Windows, 14MB, free) - A Japanese fan-made rhythm game. Various songs play while a series of icons float by at the bottom of the screen. When one reaches the ring it's thrown into the background where your character stands. Press the [enter] key to punch, timing it just right so you hit the object for a maximum score. Keep your combo going as long as you can by sliding into the song's rhythm. The game and website are both in Japanese, so if you don't read the language, you'll have to do a little hunting to find what you need. Click on the left link in the fourth rectangle from the top of the screen to download. Additional songs can be found on the game's message board, simply download the zip file and unpack everything into the game's Music directory.

10800 Zombies (WIndows, 1.8MB, free) - An action-packed platform shooter where you hop around, pick up guns, and blow up zombies. Chunky pixel graphics give it a great look, and even though it limits your field of vision, the circular shading creates an interesting atmosphere. The background blood splatter is also a nice effect!

Now Boarding v1.1 (Mac/Win, demo) - The time management game Now Boarding has been upgraded to version 1.1, adding a host of features and addressing a few glitches. At the top of the list is a new game mode, Challenge, along with four new planes and a much more intelligent route finder that helps you plan and execute flight paths with ease. A fun bonus is that now you can fire employees, but don't let the ultimate power go to your head. 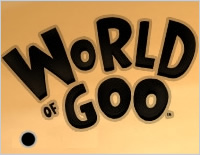 Here is a youtube of the first of this type of level in Rhythm Tengoku.
http://www.youtube.com/watch?v=dpf475geYdg

zombies should NOT have shotguns. esp. when they are on a ledge above you, so you jump to shoot them and get your head blown off...

10800 zombies would be much more fun without that lifes limit. This way I'#d rather delete it....

@Mystify: Yes this kind of ruins this typical USA'ish, "be prepared for zombie invasison", pro-weapons credo. Who ever said that zombies cannot use weapons as well??

Can anyone tell me if the version of 10800 Zombies is the updated version with story and proper ending mentioned in their news section?

And I agree, from what I've seen it looks very The Tall Stump.

can you save in the zombie game?

Yes, 10800 has a whiff of the Tall Stump aesthetic but it's a lot more individual than that.

I agree with fuzzyface in that it's a shame about the life limit, it's frustrating enough anyway (in a good way!)!

Having a nightmare with the second boss

how do you get past him to do his other eye?!

As for Karateka Mania, I'm with Reibear in that Rythm Tengoku is one of my absolute favourite games (the first actually outshining the latest one for some reason) so it's a bit odd (copyright wise) that someone can make such an enormous effort making that game (Karateka Mania) with so muchlifted immediately from Rythm Tengoku.

I guess I'm not complaining as it's lovely to be able to play it on line but it would be a shame to think that people come away from it thinking that Krobon came up with the concept/images/gameplay/music etc...

You can jump through his mouth when it is open.

The message board for Karateka Mania has gone mysteriously missing... does anyone know where to find levels for it?