It's blasts from the past(s) time! We dug up several games previously featured on Weekend Download to see how they've fared over the last few years. Some of them have vanished (oops), some of them have stayed the same, and some of them have grown into bigger, better projects! Take a look at some of the neater upgrades some of our classic games have gone through.

DoomRL (Mac/Win/Linux, 80MB, free) - We wrote about this game way back in the dark ages of 2008. So much has been changed since then, including Mac support and a fantastic graphical update (no more ASCII), it's well-worth talking about again. Besides, there's so much badassery in DoomRL, you'd be crazy to overlook it. Combining a classic roguelike game with the action, music, enemies and items from Doom, this surprisingly casual-friendly game is just the perfect mix of two distinct genres. Adventure through over two dozen mostly random floors as you pick up items and ammo, blast your way through soldiers and undead minions, and manage an inventory of weapons, including the massively-awesome chainsaw. Even if you can't stand roguelikes, you should totally give DoomRL a try. It just might convert you!

Zatikon (Mac/Windows/Linux, 27MB, free) - The turn-based strategy game from Chronic Logic was first mentioned in 2008. Since then, this little baby has spawned a few expansions that turn the original experience into something far more awesome! Zatikon takes place on a grid where units move, attack and defend in a more complex version of chess. Create your army from a massive stack of units, including ranged fighters and characters with fantastic special abilities, then march onto the battlefield and get ready to take out your opponent. Zatikon itself is as free as nachos, but there are a few inexpensive add-on packs that more than double the units and content of the core game. The most recent of these, Zatikon: Legends, does just that, adding more than 30 units and several brand new game modes. 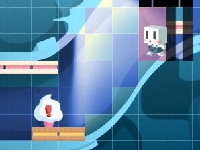 Sugar Cube : Bittersweet Factory (Windows, 45MB, demo) - It was a bright and sunny morning in late 2010 when we wrote about the sugary-cute platform game from Korean developer Turtle Cream. Now, Sugar Cube is all grown up and ready for a full adventure! Not wanting to end up in a baked sweet, one sugar cube makes a break for it and tries to escape the factory. His getaway is complicated by an odd gameplay mechanism that causes every square the cube touches to flip. Sometimes, flipping a square adds platforms to walk on, while other times, it obstructs your passage. By creatively manipulating the screen you can make it to the end of each level in this very good-looking puzzle platformer. Much has been added since the original demo was released, including new mechanics and loads of brand new levels!

I really want to try out DoomRL, but before I go through the whole Mac process outlined on the website, I'd love to know if anyone else has tried it.

The Mac version or the game itself? I just played a few levels on the Win version, and I think it's a treat for anyone who a) has seen the rise of the original Doom happen and b) enjoys games with too many possible commands, medals, achievements and stuff to figure out in general. Worship/play/play!

I just played DoomRL on OS X. It's worth the hassle if you're into roguelikes at all.

Uncompress, mount each one. Install the three different SDL things by dragging each .framework folder into your main Library's Frameworks folder (if you have latest OS X, your root folder will be invisible, you'll have to google how to make it visible). If that's too daunting, you might already have SDL installed, you could try skipping this step.

Then unpack the DoomRL download. Open Terminal, type in "cd " (no quotes, but include the space) and drag and drop the doomrl-osx-x64-0996 folder into the terminal window. Hit Enter. (this changes the directory, so DoomRL knows where to look for everything).

Then drag and drop the doomrl file into the Terminal and hit Enter. (Runs the program!).