If you love Fallout, then you owe a lot to Wasteland, Interplay Productions' 1988 (!!) hit RPG that laid the groundwork for everyone's favourite post-apocalyptic saga. Now, over twenty-five years later, inXile Enertainment and about seventy thousand Kickstarter backers Wasteland 2. The story goes, explained in a surprisingly well-acted live-action opening cutscene full of people who are very dirty but all have beautiful flat-ironed hair, as that whole "end of the world" thing, the wasteland was rampant with murderers, gangs, cannibals... all of them turned loose on the terrified civilians who survived. Those who were willing to rise up and defend those who couldn't defend themselves became known as the Desert Rangers, of which your newly created party of four will be a part of. As the game opens, your group of Rangers are investigating the suspicious death of one of your own, someone whose body was found shortly after they went off to investigate a troubling radio transmission. Though you and your party (all four of whom you'll create from scratch) are still a little green around the gills, you're being sent out to investigate, and it goes without saying that there's a whole lot of big, dark danger waiting for you out there in the ruins of Arizona. Sporting brutal turn-based combat, complex character creation, and a pitch-black sense of humour, Wasteland 2 is a game that will fight you every step of the way, but will definitely be worth your time despite some rough edges if you're looking for a challenging strategy RPG with toasters, toads, carnivorous fungi, cannibals, and much, much more. 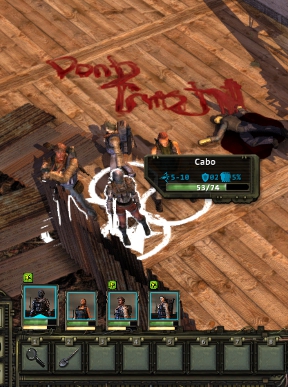 Wasteland 2 is a game I had to restart several times as I tinkered with making a party that was actually competent and survive longer than a few hours. Battles are turn-based as you move your allies around the area according to how many action points they have to spend, and you'll need to make use of cover to gain bonuses to hit and evasion more often than not. If a party member falls in combat, they'll begin to bleed out, and you'll need to revive them with a trauma kit and the surgeon skill before it's too late. Your mission to find out who killed Ace and why will turn out to be bigger than you expect, and as you travel around the Arizona wastes, you'll need to keep your water replenished in order to survive. Many locations will have water pumps or other sources in them, but you'll also discover oases as you explore the overworld map that can serve the same function.

Make no bones about it, the fights in Wasteland 2 are brutal even early on, and if you're smart you'll make a habit of hunting rather than running from the raider parties the game initially throws as random encounters. It's a fast, easy fight if you've structured your party well, and the loot they drop, even if it's just "junk", can give you an enormous leg up whether it's valuable ammo and medicine, or something to be sold. Like the Fallout series, merchants will trade you for the value of items rather than just simple cash, so if you don't have the money to afford whatever you're buying, you can add other items to the deal until the combined value is enough. Since you can't just stroll into a shopping center, equipment in the Wasteland is hard to come by, and expensive, and merchants are few and far between. Since chests and containers have their loot randomized, you may get into the habit of saving before you open anything if you find yourself stuck with a lot of useless junk. Just be sure you have someone actively scanning the area with the perception skill, since traps are on many if not most doors and containers. Why, it's almost as if someone doesn't want people stealing all their supplies and valuables in a desolate, dirty, cruel post-apocalyptic world. 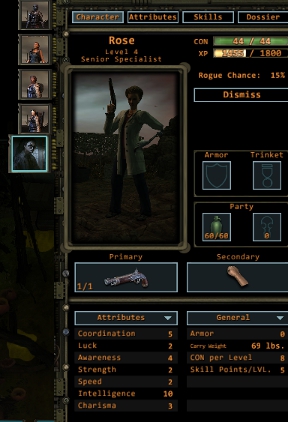 The biggest challenge with Wasteland 2 isn't necessarily that the fights are difficult because enemies are powerful or smart, or that supplies are limited, it's that even after some substantial tweaking your to-hit chances still seem to be substantially lower than your foes. Even with a hit chance percentage over 70, I still encountered party members missing hits over and over, which seems a little odd given how reliably enemies land blows, and even odder when you consider that I was able to routinely crack safes or disarm bombs with a below twenty percent chance to do so. Fortunately, Wasteland 2 is still being worked hard on to iron out its kinks, and its refreshing to see developers committed to polishing and fixing even months after release. You'll definitely want to spend some time grinding for levels and equipment, and think long and hard about the way your level your party. If you try to spread a character's skill points out evenly to make them good at everything, you're going to wind up with a mediocre character, because most skills need several points in them to be reliable and strong. Instead, give each character in your party a function (the medic, the thief, the face crusher), and focus on leading their progression in a way that allows them all to compliment each other.

Despite being heavily focused on combat, Wasteland 2's story is very well written, and even well-acted in places where voice acting is called for, though the lustrous clean flowing locks of all the actors in the opening cinematic look a little out of place next to how dirty every other part of them is. While it's well-written, its story is mostly just sort of there to give you a reason to travel to different places and get into fights, since there isn't a lot of choice and freedom in the long run. The black sense of humour absolutely shines and does a lot to alleviate the long "dungeons" and quest lines you'll be drawn into. It's nothing if not over the top, as the fact that you can shoot a raider so hard with a pistol that both his legs go flying off. Areas are often huge and packed with enemies, while many encounters will have more than one way around them. Talk or shoot your way past raiders, disable an alarm to sneak in a back gate, kick a door down or use skills to rewire it... though you'll often wind up letting your fists do the talking, there's still typically a lot of chances to let your skills shine in other ways.

Wasteland 2's focus on combat means that players looking for an RPG that offers a lot of choice and character development and more integrated story might want to keep looking, but if you want a challenging turn-based strategy RPG with some pitch-black humour, it's definitely worth checking out. It's a game where you need to know what you're getting, and if you do, then you'll be able to appreciate what it has to offer. Which is, you know, getting infected with mutative spores, toaster repair, awkward pre-death confessions, and much more all framed by some brutal strategy-based combat. It's clear that there's been a tremendous amount of effort and work put into this, and the end result is a game with a lot to offer despite its rough edges, and will keep you busy for a long while indeed.