Video games are a popular pastime among kids and adults alike. But do they really only harm eyesight, or is there a practical benefit? Video games can be called a great option for recreation. Furthermore, it is an opportunity to spend time together with friends and also to find new teammates from every corner of the planet. Gameplay unites and promotes communication outside university.

Students can play on computers, televisions with PlayStation and consoles. There are a lot of them now, for all tastes and wallets. The advantage of consoles over computers is mobility. College students can be addicted to video games too much, which can affect academic performance. This is why students have to resort to the help of an online assignment maker to keep up with their studies. 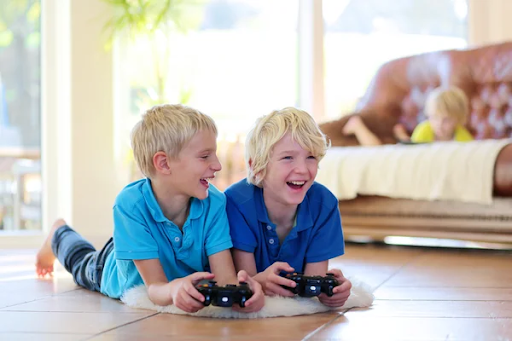 Video Games And School Performance
Many people guess that the computer games that children and teenagers play lead to a decrease in school performance. Especially if students have something to play on their own device. The effect of video games on student achievement is a crucial aspect for them. Time spent playing video games cannot be used for homework or online assignments and deep immersion in academic material. But, at the same time, video games can have a positive impact on learning.

Here is a list of some computer games benefits:

1.) Computer and console games develop fine motor skills. Quick clicks on keyboards and joysticks contribute to this, especially when the player is not paying attention to the keys while passing heavy levels.
2.) Improve reactions (with special effects and scrimmages, action games).
3.) Trains attention, which is necessary for better memorization of plot details, as well as competitive gameplay.
4.) Critical thinking and analysis. These qualities are developed by going through role-playing, strategy, and adventure genres.
5.) Learning new languages. In the process of communicating with all other gamers, they can learn foreign languages right during the game.
6.) Physical properties. This is facilitated by games that require the use of motion controllers for dancing, virtual golf, etc. So, students can strengthen sports skills with the help of special devices with sensors.
7.) The opportunity to earn money through letsplay and stream.

Research How Gaming Affects Education
Researchers at the University of Jaime I in Spain have gathered data from 58 studies in 23 countries. They found that the amount of time spent in front of a computer or television does not affect students' quality. An article on the effects of online games was published in the journal JAMA Paediatrics.

A team of researchers led by Mireya Adelantado-Renau collected data on 480,000 children aged four to 18 years to understand how hours spent watching TV shows or video games affect learning and grades. The scientists' verdict: time spent in front of gadget screens does not harm academic performance by itself. But it is essential to consider what the child does during these periods.
As scientists found out, the type of activity a child is involved in can have a negative impact on the quality of learning. However, we should not forget about the positive effects of popular games. Video games improve the perception of individual objects and hand-eye coordination. This means that gamers have better peripheral vision, spatial thinking, and orientation.

Canadian studies prove the positive effect of this kind of entertainment on human attention. A lot of work has been done in this direction. The focus group in Canada has shown that video games do develop many skills and abilities in a child. Similar studies have been conducted in China.

A team of scientists from China and the United States, led by Lia Nower, studied how time spent in front of the computer and playing video games is related to the academic performance of Chinese schoolchildren. The study included 9,449 middle school children who were monitored over the course of a year. Students took several English, math, and Chinese exams and were also given tests to assess cognitive function. At the end of the year, children were evaluated on their emotional state, motivation to learn, and absenteeism.


It matters how much time students spend on the computer or playing video games per week. Multivariate regression was used for statistical analysis. These studies are important theoretically, but all have one flaw: only statistical correlations were studied. They cannot say anything about the causes and effects of the numbers found.

Conclusion
Undoubtedly, games have both advantages and disadvantages. Of course, we should not forget that the game should be in moderation because it leads to negative consequences, which greatly affect the study. Furthermore, video games can be educational. Thanks to them, students develop creative thinking, reaction and improve orientation. Therefore, we advise parents not to forbid their children to play video games, but to ensure that this is in moderation, and is beneficial as a result.

How to Buy a Good Budget GPU

875 Views
0 Comments
jayisgames.com— If you are a gamer, you will truly appreciate the importance of a good GPU. They are the thing that brings a game to life and you'd have a drastically dismal experience without one. Nevertheless, they can cost a fair...  ...

How To Earn In The Gaming Industry With A Video Blog

457 Views
0 Comments
jayisgames.com— About a third of the world's population regularly plays games on computers, mobile devices, and game consoles. Video games provide an escape from everyday reality, so people spend a lot of money and time looking for new experiences. Through a...  ...