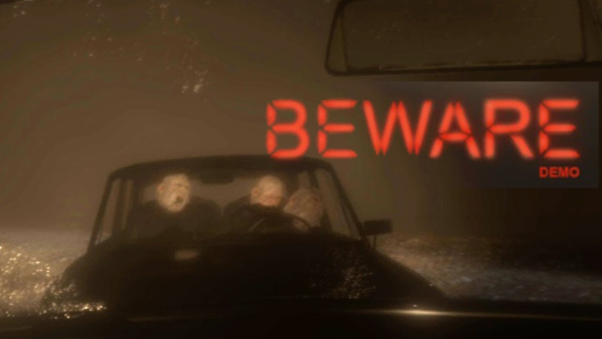 Without a doubt, AAA games are excellent and provide us with hours of fun playtime. However, independent games have long played a significant role in our gaming lives, giving us incredible experiences on PCs, home consoles, and even mobile devices with both casual and deeper gameplays, proving that the video game industry is not only about blockbuster titles and major firms.

Many companies and developers were compelled to shut down their physical operations as a result of the recent global events, especially independent studios, which often have modest teams and tight funds. This delayed the release of many anticipated titles. Thus, 2022 has been a year full of releases and incredible games hitting the shelves, and so far, many titles have lived up to the expectations.
A number of much awaited games, like Horizon Forbidden West and Mario Strikers: Battle League, have just been launched, which has been excellent for gamers. However, there are a number of amazing new games that aren't part of the AAA circuit that we predict will end up being undiscovered gems among all of this year's releases.

In this article, we showcase some of the best independent games that are slated to be released in the near future and will certainly surprise gamers looking for new games to play.

In Beware, another indie game developed by an one-man team, you drive an automobile at night across a pitch-black, foggy environment. Even just the thought of that is unnerving, but it gets worse since there are other cars filled with ominous, faceless thugs who eventually start chasing you. And awful things happen if they catch you. The 1980s departure of the game's creator from the Czech Republic (then known as Czechoslovakia) served as inspiration for the game's story.
Although the completion and release date of Beware are still unknown, if you're seeking for a demo, you may find one from 2019 on IndieDB. Joining the developer Ondrej Svadlena's Patreon page is another way to support them if you appreciate the concept of a terrifying driving game and want to see it completed.

The business simulation game Blooming Business: Casino, which is now in early access, was created and will be released by Homo Ludens for Windows later this year. Players must develop operations, build their own casinos, manage human resources, and even handle public relations issues in the game, which is modeled on the rise of Las Vegas in the 1950s.

Each decision has an impact on the company operation, with a significant emphasis on the narrative. Players must monitor the needs of staff, clients, and VIP guests in order to maintain income. Blooming Business: Casino is a great choice for those who are used to playing classic casino games on multiple platforms - whether online or at a land-based venue - but want to enjoy a different approach, by running the operation of a casino instead of just betting on these games.

Developed by French indie studio Un Je Ne Sais Quoi and animation studio Umanimation, Dordogne is a story-driven adventure game that will be released by Focus Home Interactive. The game is planned to be launched for Microsoft Windows, macOS, and Nintendo Switch in the upcoming months.
You assume the character of Mimi, a 32-year-old lady who is visiting the house of her recently deceased grandmother. The story of Dordogne takes place in two time periods: the present, when Mimi explores the rooms in her grandmother's house, and the past, when you help a 10-year-old Mimi complete her quests and discover Dordogne, which has an effect on the present. The gameplay is straightforward, the graphics are lovely watercolors, and the experience is all around enjoyable.

Developed by a one-man team from Nagoya, Japan, Goodbye World is a story-driven game with a beautifully rendered pixel art style set to be released in the coming months. The story revolves around two game developers who are working on a Game Boy game, and the gameplay will put you through 12 stages of a puzzle platformer while following the two protagonists through 13 chapters of their story.
The game will only be available for Windows and will be playable in either Japanese or English. A free demo is presently accessible, but the final title's release date has not yet been confirmed.

1,779 Views
7 Comments
chrpa— Jayisgames needs your help to continue providing quality content. Click for details Hi! Weekday Escape and Weekday Puzzle are here! The first comes Amajeto (yay!) and then tomoLaSiDo with their escapes, and then stone with a little bit unusual...  ...