There is a new kind of soldier in the world. One who drops bombs by remote control half a world away, then goes home to their family. Some call it a cowardly, robotic way of fighting war. Others call it technology like any other, and one that keeps soliders out of danger. However, even if the greatest threat of physical injury is from a tired hand guiding a shaving blade, there will still be conflict, even if its pushed deep inside. Unmanned, a piece of interactive art by Molleindustria and Jim Munroe, lets you step into the world of one of these soldiers, a UAV pilot. More than that though, it lets you step into the world of a husband and a father and a human.

Unmanned is played entirely with the mouse. The game is displayed on a split-screen, and, as Unmanned continues, different movements will cause different actions. Dialogue choices are a large part of the game, and will affect in small, but meaningful ways how the story progresses. Clicking and dragging the mouse is required in some sections, so be sure to try everything. There are also badges to be unlocked, but they're odd and seem kinda arbitrary. Really, it's not that kind of game.

Analysis: Whether it was intentional on the part of the developers or not, Unmanned serves as an interesting counterpoint to the earlier, quite-beloved Every Day The Same Dream. The difference is that while Every Day The Same Dream had you empathize with the pains of a faceless man working in a non-descript office, living out a non-specific life, Unmanned does exactly the opposite. Here, the protagonist's bursts with color and personality, and you experience his very specific life and deal with his very specific problems. Even with this specificity, Unmanned taps into emotions so universal that it cannot help but affect on a personal level.

Though it is definitely a work open to interpretation, the overall themes of Unmanned seems to be that of anomie: the feeling that one is so pulled apart by one's conflicting roles in life and society that one becomes fragmented, isolated, alienated (...dare we say, "Un-Manned"?). One man may, in his time, play many parts, but it is only rarely that they do not step upon the others' cues. Can you maintain your individual sense of self while still connecting to the community around you? Is it possible to remain a moral individual, while serving your country in a job where anonymous violence is an everyday occurrence? When your child asks you a question with no easy answers, how do you know when to be a teacher or when to protect them from harsh truths? Certainly it is possible to not think about it through pure force of will. Many don't, and Unmanned certainly offers you the option to be a selfish jerk with absolutely no self-reflection. The bliss of ignorance is, of course, overrated, but it cannot be denied that should the unexamined life be not worth living, the examined life is not much easier. Unmanned doesn't try to answer the questions it raises, but then again, that's something the player will have to do for themselves. 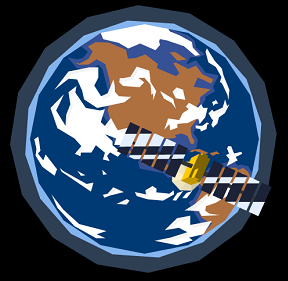 It would be nice if Unmanned's play mechanics equaled its writing and philosophy, but they're a mixed bag. The dual-screen is a neat idea that plays well into the metaphor of inner-conflict, but its implementation is faulty. Too often one screen is only used for dialogue-clicking that will cause the game to stall if ignored, while the other will randomly cause a game over if not given the proper vigilance. Likewise, this is a game that could have used more instruction to its non-standard controls. Silly as it sounds to write out, browser gamers are trained to think something cannot be clicked unless the arrow has become a pointer finger, and, that if a developer's logo is on-screen, clicking it will pop up a website, not start the game. Finally, the loading times between sections are kind of a pain, though the available download version shows that the developers were thinking ahead on the issue.

Unmanned doesn't really challenge the stereotypes of artistic games. It's beautiful, intriguing, confusing, and a little uncomfortable. It gladly sacrifices technical accuracy of its subject matter to serve a philosophical point of view. Some will find it brilliant and amazing and others will find it pretentious and plodding. No matter what category you fall in, though, Unmanned will certainly be provocative. What else can interactive art hope for?

Death From Above Merit - Work Section 2

Amazing game, too bad the scenes don't preload in the background. The few seconds it takes between scenes takes us away from the story even for a short time.

Played 3 times so far, got 11 medals on my second try (can't manage to sweet talk Jane) and 0 medals on my third, was a bit disappointed that there was no special ending for that. And also that the character's face is reset for the credits screen.

Did you manage to get the other medal on the shaving...uh...level? I guess? Haha I can get the shaving medal but not the other one. I thought I had exhausted all the conversation options but I guess I'm missing something.

I was able to get the second medal Outstanding Introspection in the shaving scene by selecting the following text choices:

I think there are a couple different ways to earn it, but that's what worked for me.

Hmmm...I may have finished shaving too early. Thanks!

Yeah, it's more about length than choices because I got the medal picking exactly the opposite of Trinn's choices :)

i need a walkthrough... i cannot achieve a pair of medals...:S

Cool game, multiple playthroughs are good just to see the range of possibilities and dialogue

Death From Above Merit - Work Section 2