Towers and Titans: An In-Depth Look at the Game's NFT Heroes Blockchain gaming has been a buzz term for the last few years, but the vast majority of gamers haven't really engaged with it.

Towers and Titans, developed by Rumble Games, is set to change all that.

Unlike other blockchain games, which go heavy on the blockchain and not so much on the gameplay, Towers and Titans is shaping up to be a rich, deep, visually stunning single-player and PvP tower defense title that just happens to let you mint, customize, and trade your very own NFTs.

The aim in the single-player campaign is to protect your kingdom from invaders. This basically means solving a tower defense puzzle as you work out exactly how to deploy the forces at your disposal and see off the threat.

There are several themed dungeons, too, each designed to let you hone your skills with a particular class of Titan. The PvP mode, meanwhile, lets you put these skills to the test against other players in a finely balanced fight to the death. There are multiple types of NFT in Towers and Titans, but the stars of the show are the Titans themselves.

Here's an in-depth look at their different roles, elements, traits, skills, and more.

Defenders are ground sentinels that are good at keeping enemies at bay. How good? While most Titans are only capable of occupying one enemy, Defenders can keep three busy at once. This makes them ideal for buying your other Titans more time to do their thing.

Medics are ranged units that mainly exist to heal their teammates, ensuring that more Titans stay in the fight. While most units are pretty hopeless when it comes to combat, a few of them pack a punch.

Melee Attacker Titans are ground fighters that can't absorb as much damage or hold up as many enemies as Defenders, but make up for that with the sheer amount of pain they can dish out.

Ranged Attacker units occupy the high ground and hurl projectiles at their enemies from afar. Every squad needs a Ranged unit, to chip away at enemies while your Medics do the bloody work on the ground.

Specialists all have their own unique abilities. It's up to you to find out what they are.

In addition to their roles, Titans also have elemental affinities: Fire, Water, Nature, Light, and Dark.

When you're struggling to get through a stage, it's always worth looking at how your Titans' elements line up with the enemies they're facing. A quick shuffle can easily give you the upper hand. 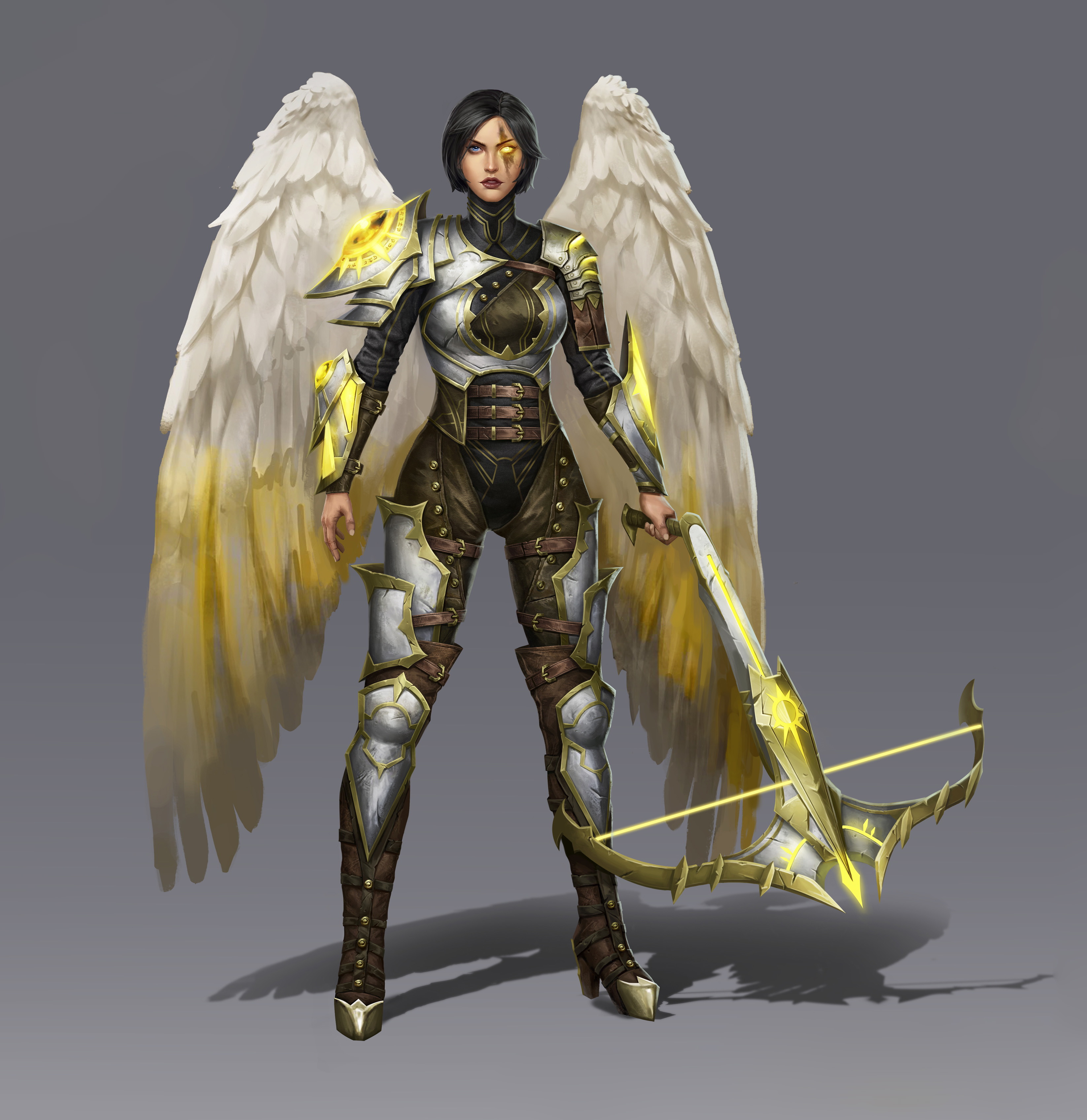 Interestingly, every single one of the Titans in Towers and Titans has five alternative versions - one for each element. While these versions all have their own names, appearances, and skill sets, bringing them together in the same family unlocks extra powers.

These Titans get more interesting by the minute. Not only do they have roles, elemental affinities, and family-based superpowers, but they all have their own personalities too.

The significance of a Titan's personality type is that it impacts their stat progression and makes them distinct from other Titans in the game. The trick is to find Titans whose personalities synergise with their roles.

Unlike the other characteristics of your Titans, their traits and skills aren't necessarily obvious from the start. You'll need to work out for yourself how to use these powerful tools to their best effect by experimenting with different combinations and searching for synergies.

The reasons traits and skills aren't immediately obvious is that they only become available as you work your way through a given Titan's progression tree.

This mechanic gives the game a frisson of uncertainty, and ensures that each and every Titan is totally unique.

You can level your Titans up - even without taking them into battle - using the resources you gather by playing the game. But the maximum level you can get a Titan up to is ten times its Star Level.

Therefore, in order to level a Titan up to the absolute max you'll need to Evolve it to the next Star Level, which is a different thing from its Natural Star Level. Evolution involves sacrificing Titans at the same Star Level.

Alongside Evolution there's Ascension. This involves sacrificing a duplicate Titan from the same family, and it gives you powerful new bonuses and abilities. You can Ascend a Titan multiple times up to its current star level, with each Ascension giving it additional capability.

And that's pretty much everything you need to know about Titans.


Follow this quick guide and you'll soon be the proud owner of an army of valuable NFTs to trade, sell, and send into battle. To learn more about Towers and Titans, follow on Discord, Twitter, Instagram and Medium.

130 Views
0 Comments
jayisgames.com— In terms of the shifting dynamics of the rapidly expanding gaming sector, there is a great deal on which to reflect on the past year. Despite 2022's apparent slowdown, the gaming industry is primed to break through to even greater...  ...