The Alchemist has gone mad and is leading an army of monsters across the land, leaving devastation and suffering in his wake. Old heroes don't seem up to the task of defeating him, and things are looking bleak, but salvation might lie in the form of a messenger with a destiny... and a yen for smashing things to bits in the most satisfying manner possible. Runic Games delivers a stunning, rip-roaring indie action RPG experience Torchlight 2, a game that improves on the original in virtually every way while still maintaining the addictive gameplay that made it a hit. Now with added multiplayer options, fuzzy-wuzzy friends, classes, and dude-dudette possibilities for each! 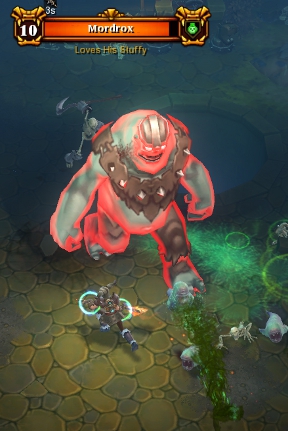 At the start of your game, you'll choose a class, gender, appearance, and, most importantly... a pet! Each class has its own advantages, so choose the one that most appeals to you. Perhaps the steam-laden engineer with a zest for heavy weaponry? Or the twitchy, feral berserker with the crazy eyes and penchant for random screams? Like its predecessor, Torchlight 2 controls primarily with the mouse. You'll navigate through the game world and decimate your foes all with the click of a button. Combat is real time and enemies are frequently both numerous and big, so you won't want to stay still for long, and give some real thought both to your equipment and inventory as well as the points you allocate in your skills and stats.

In your quest to stop The Alchemist and reduce all who oppose you to quivering chunks, you'll have to put in a lot of footwork. Unlike the original game, Torchlight 2 takes place topside and in a wide variety of environments for you to travel through, and you'll be traveling all over the world. From a secret underground slaver's camp, to the remains of a haunted pirate ship and beyond, and deal with everything from cult blood rituals to assassins, slime monsters, and giant bear clans. Plus, with multiplayer now an option, you can adventure with groups of your best friends, or even open up your game to newcomers over the ol' intertubes. Enemies scale in strength and damage depending on how many players are nearby fighting, so don't expect more friends to mean a cakewalk. 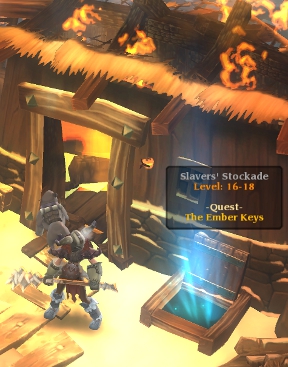 Analysis: With the controls and gameplay essentially identical to the first game, playing Torchlight 2 feels familiar, but less "more of the same" and more "what you always wish the original was". It's one of those rare sequels where you can tell the developers both listened to and strove to incorporate all the feedback and wishes from their players. The best word to describe it this time around is variety. Its huge outdoor environments are a welcome change after endless crypts and tunnels, and the amount of different enemies is pretty impressive. While you'll encounter redesigned foes from the first game, there are a lot of new and unusual critters in each area... including some pretty exciting boss-battles with huge monsters and screen-shaking special attacks. The new classes are welcome and a blast to play with right out of the gate, and though an admittedly small change in the grand scheme of things for players, allowing us to play as male or female for any class is definitely appreciated... especially when you consider it meant extra work for the team.

Other changes aren't as big, but just as welcome. Most quests will allow you to select from your choice of rewards, which is nice. Further, some sidequests are even randomised as to when and where they appear. Your pet can now run back to town with a shopping list of supplies instead of just selling off excess junk. Weapons and armor now have two different requirements, stats and level, so you can wield more powerful stuff at a lower level if your skills are high enough. Items will also be identified for you automatically if you're at a certain level, which means you won't need quite as many identify scrolls. You can even find people who can reset your skill points for a fee, so you can change your character's setup later in the game if you feel like shaking things up. 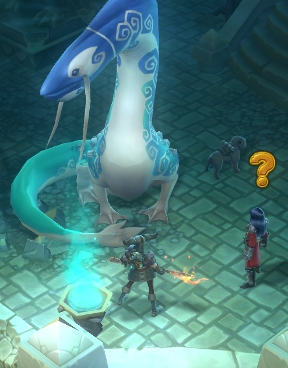 Of course, while there's a lot to do, it all ultimately comes down to killing things, since a bodycount is essentially your sole contribution to the story. Go here, smash a guy, story proceeds. But despite this and how ridiculously huge some of the areas can be, Torchlight 2 never really gets boring. Sidequests, challenges, and even secrets are sprinkled absolutely everywhere. It helps that the game is even more gorgeous, of course, but with so much to see and do it kind of puts the first Torchlight to shame. The scope is really impressive, and you can't play the game without really getting a sense of how much midnight oil the development team must have burnt to make the game grow so much.

Torchlight 2 is a massive improvement over the original in almost every way, despite not bringing many major gameplay changes to the table. It's still the same explosive, action-packed RPG experience you loved, only now they've let you outside of the box and given you a whole world to play in. The game is long and, depending on your chosen difficulty setting, can be a pretty big challenge if you're playing by yourself... I went for "Veteran" (*elite snort*) and find the game to be a steady, satisfying uphill climb. With more classes to experience with their own unique abilities, there's a lot of replay value to be had. Especially when you consider multiplayer allows for both LAN and internet options, so you can play with close friends or open up your game and find some new ones, bonding over the corpse of a slain behemoth while you both drip with chunks. Aw.

Big, beautiful, and more fun than ever before, Torchlight 2 is a remarkable achievement. If you love action-RPGs, be sure to check out the demo for this one. If you played the first game you'll appreciate the massive strides its taken, but even if this is your first rodeo, Torchlight 2 will deliver one heck of a ride.

Can't wait to play it, but I have a Mac. The first game was great on Xbox live, but they killed it for Xbox live due to it being too big. Still, looks great!

Love, love, love this game. The first was fantastic. The second is even better, somehow without making you not want to return to the first. I was afraid, after breezing through Act 1 in less than a day, that it would be too short, but Act 2 is really long. Beautiful game, smooth gameplay, lots of skills to customize, decent loot. Encounters are so varied it's amazing.

My only gripes are that I seem not to be making much money, so I don't get to purchase/gamble/enchant nearly as much as I'd like to. Also, spell drops are way too low. I foresee one of the first mods being for a spell vendor earlier on.

Torchlight 1 is on Humble Indie Bundle 6 (including Vessel and Dustforce) ;)

And was I the only one to notice the site had malware warnings?

I played D2 and both T1 and T2, and during all three games I feel like the economy is really broken. The only thing I ever used currency for was for potions or spells (T1/T2). I almost never bought armor or weapons, because a new drop is right around the corner, and I have yet to encounter a situation where buying that new axe or head armor was going to make the difference between living or dying in game.

I do like being able to stash stuff for your alts, though keeping track of that stuff can be burdensome. Also, unless it is a purple or gold shiny, it's not really worth saving (see above).

All that being said, I really liked the demo. It is a beautiful game and the mechanics and gameplay are smooth. I find the talent trees to be a little ambiguous, as well as the character skill points. It seems like all classes need all skill points, because they all use magic. Maybe I'm just not getting it, but it seems like melee should level str, mu's should level magic, rogues agil... but all classes have magic based abilities, so you have to spend points you'd rather put into str/agil to make sure your spells are worth casting.

Anyway, I'm going to buy it and probably waste way too much time loot grinding.