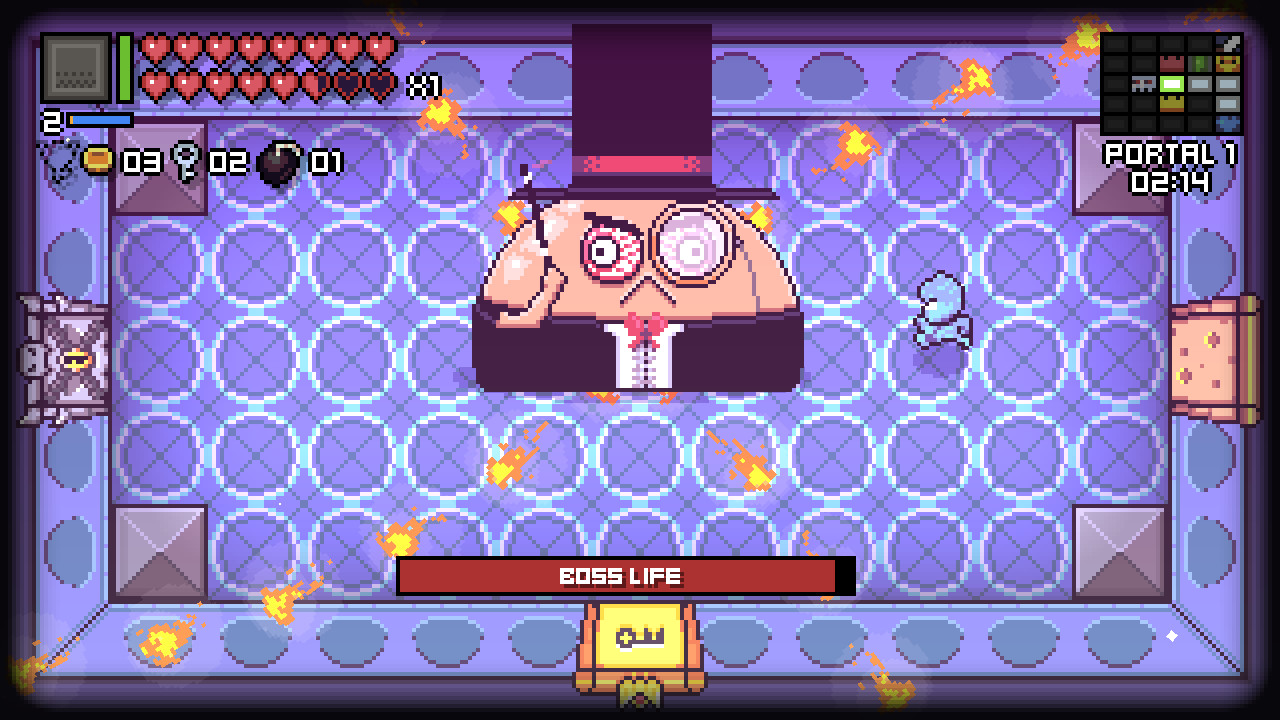 Are you tired of playing AAA games? No worries! The Slimeking's Tower might just be the game you're looking for. The Slimeking's Tower is an action-packed RPG shooter that takes a good amount of arcade elements into its formula. As a reference, it's fairly similar to The Binding of Isaac. 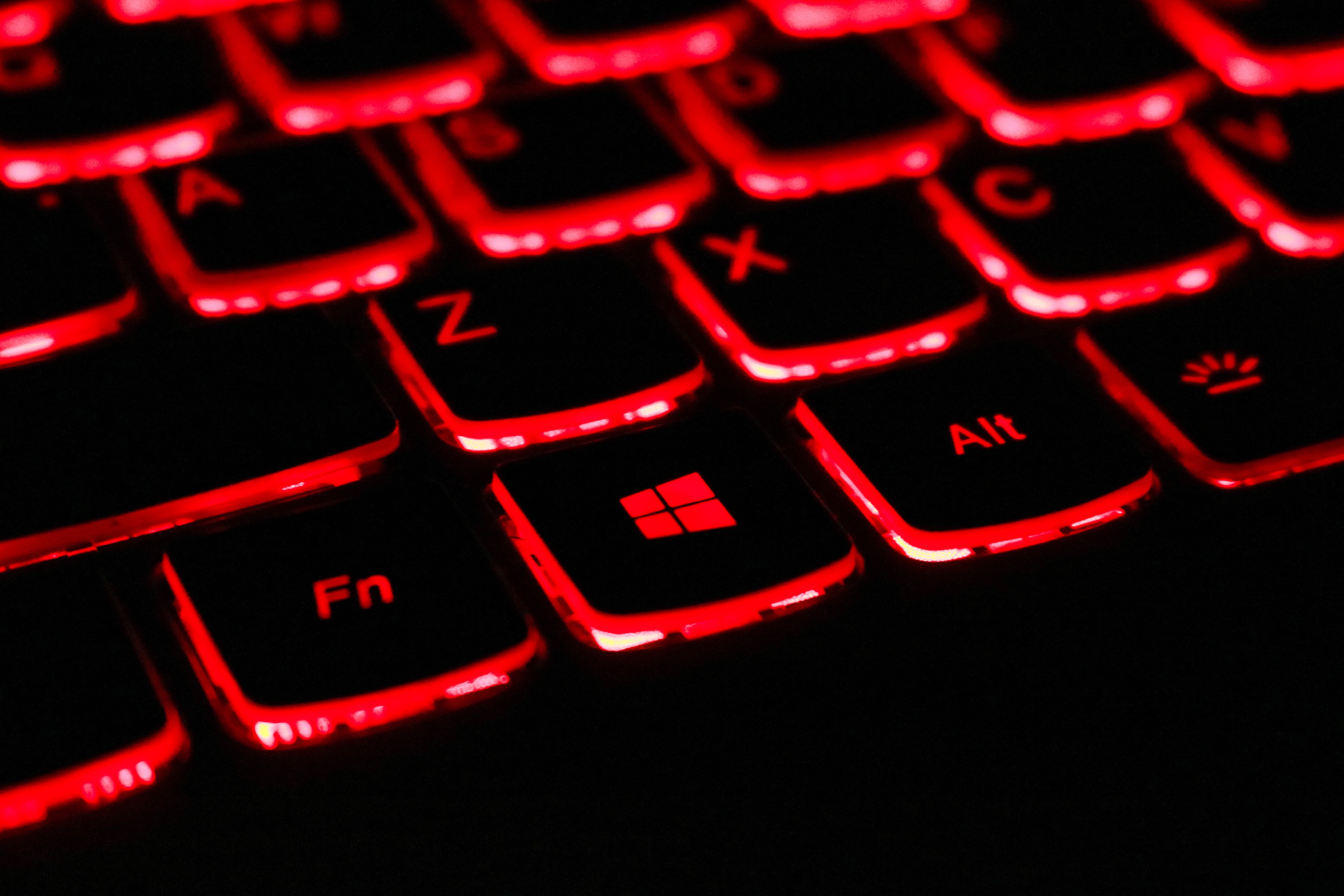 Are you tired of playing AAA games? No worries! The Slimeking's Tower might just be the game you're looking for.

The Slimeking's Tower is an action-packed RPG shooter that takes a good amount of arcade elements into its formula. As a reference, it's fairly similar to The Binding of Isaac.

The Binding of Isaac is a highly-acclaimed indie game released in 2011. For its cheap price, TBoI provides a lot of gameplay and great replay value to the players. Seeing this, a developer, RevampedPRO, copied what The Binding of Isaac does best by developing a more simplistic and free game while also striving to be just as fun.

Well, did they manage to achieve that goal? Let's take a look.

First Impression
What I first thought when I opened the game was, "This is going to be fun."

At the start, the game will present you with a pixelated and short opening clip accompanied by chiptune music, which is common in retro video games. The scene shows how the Slime King lost his mustache and wanted to get revenge by removing everyone else's mustache.

Using those stolen lip foliages, he created an 'all-powerful' artificial mustache. Your job is to defeat the Slime King and return the people's right to their beloved face furniture. The light and dorky tone of the story is already in contrast with The Binding of Isaac which has a rather dark theme--and I love it.

Once I played the game, however, well, let's say that it could've been better. But let's start with the positive.

Pros
As I said, the game copies a ton of elements from TBoI, which makes it a fun experience. The control is quite comfortable and there are dedicated and separate buttons between walking direction and shooting direction. If you're using a keyboard, you walk around using WASD and shoot with arrow keys. This aspect alone makes the game feel way better than other similar games I've played.

On normal difficulty, the boss doesn't feel too tough or too easy, just right, at least for the average players. Those who aren't used to 2D shooting games might find it too difficult at the start, but it will eventually mellow out once you grasp the mechanics.

There are around 13 characters from which to choose. To unlock a new character, you'll need to meet a certain condition. Each of these characters is unique and offers a different type of gameplay.

There are several types of rooms you can enter. There's the sacrifice or spike room, item trading room, mini-boss room, and so on. Every level requires you to kill a mini-boss to get to the level's boss.

Overall, it's a pretty fun experience, even though there are little variations between enemies and bosses. The longer you play, the more you enjoy it--kind of like Diet Coke. The first sip is questionable, but the more you drink it, the tastier it gets.

Enemies get more powerful, but you'll be as well with increased HP, damage, fire rate, bullet size (wider shot width), and the addition of pets and new abilities. Does anyone want to fly?

Nonetheless, with all of this game's goodness, some things exist that can render the game entirely unfun to play.

There's virtually no difference between these modes with the exception of the arcade. I haven't played the game for too long, but long enough to know that there are basically two ways of playing the game. One approach (adventure, endless, daily run, and challenges) has you defeat enemies and bosses to go through to the next level.

The other form, arcade, lets you play in a single room with increasing difficulty. The latter mode, however, can get extremely boring compared to other modes.

The layout between dungeons is randomly generated but completely underwhelming. It feels like the same game level over and over again. Snore! Between this and the lack of variation between enemies and bosses, the game doesn't present much of a challenge.

Perhaps the most frustrating con, if you lose all of your lives, you have to start over from the very beginning. Personally, I'm not too upset about it as I know that some games are designed this way. But I still think that Slimeking's Tower could benefit from checkpoints.

Lastly, this game is originally a mobile game; the PC version is simply a port.

You can get the game for free on your smartphone, but it comes with ads. If you want to get rid of the ads, you'll end up paying around $5. Watching more ads will grant you extra coins that are useful for trading. Nevertheless, the game is completely free on PC without ads, but their absence might make leveling up more tedious.

Having said that, on normal difficulty, I still can get far without relying upon supplementary coins.

Final Verdict: 3.5 out of 5
If you can stomach the game's monotony, it's fun, especially if this type of gaming experience is your cup of tea. If you are still unsure whether to get it or not, remember that it's a small and free game. Downloading it won't take too long and you don't need to shell out a single penny (unless you want to get rid of the ads). You can totally try it out with no harm done. Plus, the premise is hilarious. So why not?

There's also a rumor of a future multiplayer mode floating around, so that's something to look forward to.

Still, if you dislike shooting or dungeon crawling games in general, you might want to steer clear from The Slimeking's Tower. To be honest, this game doesn't add anything to the comparably better game, The Binding of Isaac. I would say, given a choice between the two, have a shot at TBoI first.