The Frosts First Ones Walkthrough 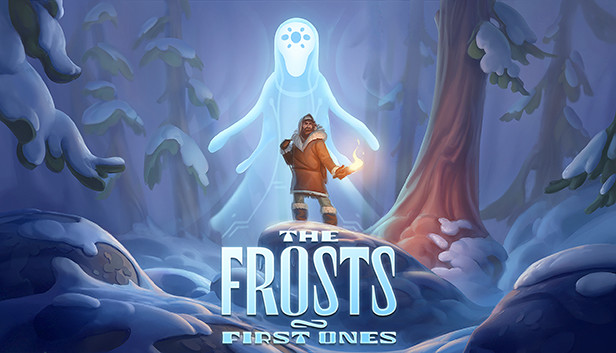 In the game The Frosts: First Ones developed by Ivan Sukhanov, you're playing as a hunter named Berak. While searching for a missing man, Berak will get caught up in a strange alien world. To reach your goal, you will delve into a snowy and cold environment while scaling cliffs, combatting wild animals, and watching out for rockfalls. 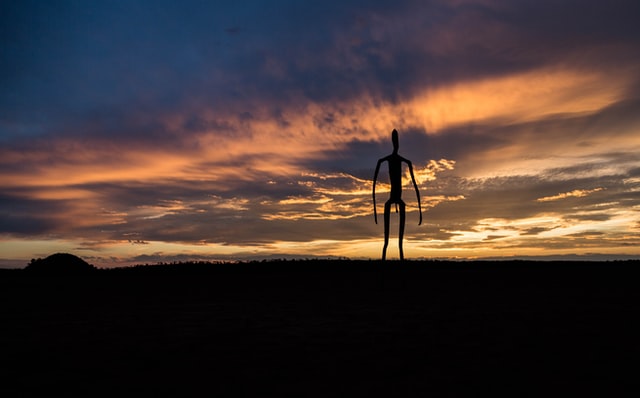 In the game The Frosts: First Ones developed by Ivan Sukhanov, you're playing as a hunter named Berak. While searching for a missing man, Berak will get caught up in a strange alien world.

To reach your goal, you will delve into a snowy and cold environment while scaling cliffs, combatting wild animals, and watching out for rockfalls.

Prologue
From an equipment standpoint, you can play The Frosts: First Ones with your mouse. Move the mouse to look around, right-click to move, left-click to inspect objects, and press the middle-mouse button to jump.

You'll start your adventure with the background story of how your journey began. Once you've completed the dialogue, walk to the right and gather your food and equipment from the equipment box.

After, head southwest and follow the path to leave the village. Don't worry if you get lost; treat it as a way to explore the village. Additionally, talking to villagers may get you an achievement!

Once you get to a fork in the path, heading left leads you toward the village's center, while the right path leads to the bridge and out of the village.

Search for Hendrik
Day One: Meeting Mevi and Morkant
After leaving the village, head north and inspect nearby rabbit traps to gather clues as you follow the hunter's trail. Keep walking and checking traps until you find the hunter's wife, Mevi.

Mevi tells you that a strange hunter has been buddying up to her husband, Morkant. Upon meeting Morkant, he will tell you that Hendrik headed toward the Spirit Lands -- rumored to be the place where a dangerous spirit resides -- to look for more game to hunt.

Even though Berak doesn't believe in spirits, he still worries about Hendrik going that far alone. Berak decides to chase after him.

Day One: Midday
After leaving Mevi and Morkant continue north, and you'll encounter a stag. Keep moving forward until you notice trails of blood in the snow. Follow the blood trail to the left, where you will have to climb up a slope. But beware of what is at the top!

At the top of the slope, this is where you'll meet the first animal that can kill you: a bear. Of course, you don't want to fight the beast. Instead, you can escape the bear by heading down the other side of the slope. If you're successful, Berak will complete a monologue, and you'll get another achievement!

From the bottom of the slope, head back to the intersection where you found the blood trail. Instead of following the blood trail and meeting the bear, look for a path that leads right. That path should get you to a Selerina bush; inspect it. Afterward, inspect other surrounding objects. Inspecting the fallen frosty tree leads to another clue of Hendrik's whereabout. Footprints!

Follow the fresh footprints, and as you move about, you will meet new creatures such as owls and foxes, allowing for more achievements! While still following Hendrik's trail, you'll encounter a crevice between two cliffs. Enter it.

At the top of the slope inside the crevice, you'll find a climbing rope suggesting a human was here. Berak will try to call out for Hendrik, but you will not get an answer. Use the rope to climb the sheer cliff. Unfortunately, the rope may break midway through the climb, and Berak will fall, rendering him unconscious. When he wakes up, the sun has set.

Day One: Set Up Camp
Instead of ascending the cliff for a second time, go back to where you came from. Just off the path, you'll find a nice spot to make camp for the night. Next, gather wood to make a fire. You can collect the necessary branches near the camp; as you walk around, you'll trigger hand symbols allowing you to pick up the wood.

Once done building your fire, light it. Then you'll go through a series of monologues before going to sleep.

Day Two: Ascend the Cliff
Once day breaks, inspect the cliff once more. Berak will go through a monologue and decide to climb using the cliff's ledges. Afterward, a hand symbol will appear, indicating you can climb now.

Now on top of the cliff, you'll encounter a boar. Your goal is to lose the boar, not fight or kill it. Walk to the left, and the boar will walk toward you. Turn back and take a path where you will need to go under a fallen tree, then move forward and ascend a small slope. Then, walk through the bushes and thick trees. Doing this should help you lose the boar allowing you to safely move forward.

Day Two: Your 1st Supernatural Sighting
Now, you will meet the first peculiar supernatural phenomena in the game: spirit trees and floating stones. Inspect the trees and stones while you move forward and explore the gorge. Also, inspect the box containing hunting equipment. You will need it.

Eventually, you'll meet the spirit. If you approach the spirit too quickly, it'll disappear. Move forward a little at a time, and you'll soon see an intersection. Head straight to get to the upper ground. Alternatively, if you go right, you'll come across an abyss, a dead end.

From the upper ground, go straight, and you'll find an area filled with sunlight, signifying that you have come out of the gorge.

Congratulations! You've finished the first half of the game!