The Cow Flew Over the Moon

In Jonny Pickton's surreal puzzle adventure game The Cow Flew Over the Moon, a good night's sleep gets weird pretty quickly. After stumbling home late one night and falling into bed, you wake up to a knock at the door, only to discover you can't answer it. In fact, you can't open the door at all. As days blur together and you have no contact with the outside world, what follows is a bizarre journey filled with symbolism, subtle narrative, and novelty keychains. Use [WASD] or the [arrow] keys to move, [E] to cycle through your inventory, and click to interact. Most items will indicate that you can use them in some way with an eye or hand icon that will light up when you get near, but you might not always want to take the most obvious path... 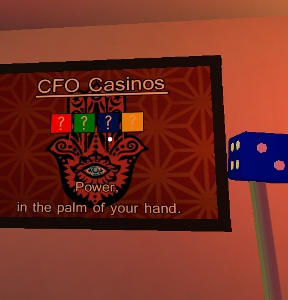 The Cow Flew Over the Moon is short, and the sort of experience that fluctuates wildly between creepy and baffling. That's sort of the point, though, since it's intended to be dreamlike and open to interpretation. Most players will fly through it in under twenty minutes, with the only real hindrance being how slowly the player character moves, and an inability to click text away for the impatient. There are some puzzles to encounter, but only one might actually give you pause, which is a shame since the scenario seems like it would have lent itself to even more clever conundrums. Finding all four keys will take a little more experimentation and searching beyond the linear path the game tries to lead you on. As for figuring out the narrative behind the strange imagery you encounter, well... that's up to you, and that deliberate vagueness might not be for everyone. The first time I encountered the ending, it was so abrupt as to wring a frown from me, though replaying it to find what you missed is fast enough to take some of the sting out. While it lasts, The Cow Flew Over the Moon is an intensely atmospheric and mysterious little experience that will draw you in with its effective use of sound and light. If you want to keep an eye on any upcoming projects, or just bother him for a sequel, you can find Jonny Pickton on Twitter. It might be short, but The Cow Flew Over the Moon is an excellent example of surrounding and subtlety as a means of storytelling... even if it almost winds up feeling more experimental than anything else at times.

Play The Cow Flew Over the Moon

Pretty fun game, exactly the graphics you'd expect from the engine.
Does have some creepy elements to it, but JUST enough.
Kind of a disappointing ending(s) even if you

all 3 keys you don't start with.

Not sure what I missed.

If you could move a WEE bit faster, this'd be excellent.
Shame I never got out or found out who was spying on me.

Press E to switch through your inventory to the red key,

Use it to open your main door and also the one between your bookshelf and bed.

When you first discover that you're locked in.

look at the fan.

There will be a blue key

Go into the bathroom and press the light switch, it will stop the fan from turning and you can grab the blue key.

Use to unlock door between the bed and bookshelf

While looking for aspirin,

Collect all 5 of your beer cans

Behind TV on the Right

put them in the six pack next to the fridge, the drawer beneath it opens, giving you a yellow key.

Use to unlock the door between bed and bookshelf

In the last room where the television is displaying the creepy eye.

Go to where there front door is normally all locked up.

Instead there will be a table with a green key.

Use to unlock the door between bed and bookshelf

I missed key 2 then.

There would have been no point to find it.
It didn't lead to or from any puzzle in the room at the time.

Was the 4 key ending any different?

3 keys was walking down a corridor, into an elevator then the game just ended.

I think the key everyone's missing is...

...in the Casino scene with an alternate code for the giant dice. But I haven't figured it out...

The key I was missed was on a fan above my head.
A fan I had no reason or need to turn off.

I assume whoever found it was just clicking everything?

Is there a way to change mouse sensitivity? It's so sensitive for me that I can't play.

Did I miss the puzzle(s)?
Nice game for atmosphere, but boy the guy moves slowly. I feel like a lot more could be done with this.