The Adventures of Elena Temple 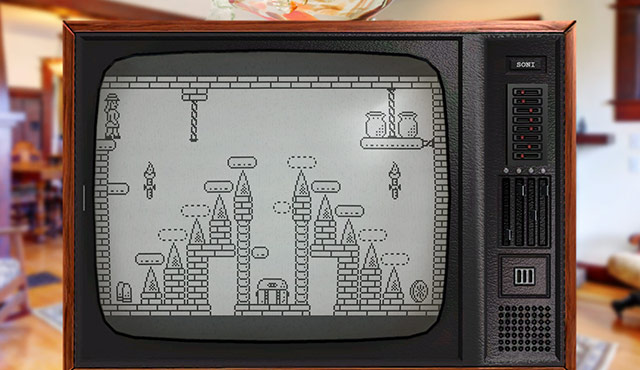 The Adventures of Elena Temple, what's in a name. You're playing as Elena, an archeologist, or maybe simply a treasure hunter, that's exploring a temple which kind of feels like a forbidden and hidden sacred place. The temple is filled with traps, blocks that break when you step on them, snakes and giant bats. No worries though, Elena is armed with her trusty gun. A gun that can only hold two bullets at the time, but there's extra bullets scattered throughout the temple so you will never run out. Now the fun thing is that you have to use those bullets to solve puzzles. Yes, every room in this temple has some sort of obstacle that you have to conquer, it can involve disappearing platforms on which you have to jump on to get to higher grounds, or it can simply be because snakes are blocking your path forward.

The main goal of this game is to escape the temple, the second goal is to become rich. Wait, let's flip that around because Elena is one greedy explorer. There's a total of 120 coins and 8 gems (which are hidden in treasure chests) to collect, and they're scattered everywhere. Most coins can be seen floating around, and you need to find a way to get to them. Others are hidden in pots, and the only way to get to them is to shoot the pots. But yeah.. you only have two bullets, so sometimes you really need to makes a decision to what you want to do: Use the bullets to open up a pathway, or use them to open pots, and then you have to traverse to find some extra bullets only to come back to that room to open up the pathway. Luckily all bullets respawn when you re-enter a room, the bad part.. so do the enemies. But in my opinion, that only helps the puzzle aspect of the game. 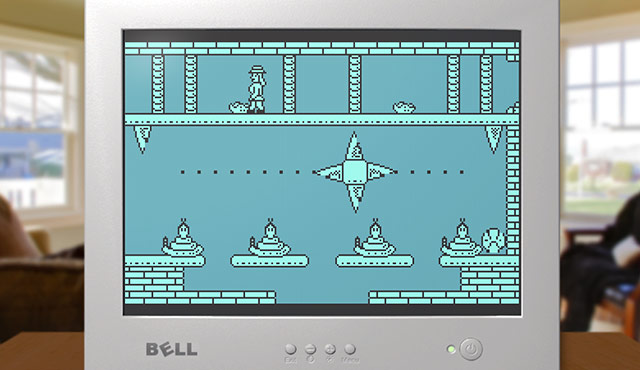 You can control Elena with the arrow keys, jump using SPACE and shoot using CTRL. That's all there is to it. The controls are smooth, the soundtrack is sweet and does not get repetitive at all since there's different songs that vary. Collecting coins and gems are rewarding and there are two places you can spend them. I've found two skeletons; one asking for 99 coins, the other for 8 gems. Now I haven't been able to collect all the gems yet, but I did manage to collect 99 coins, and when you bring them to said skeleton it opens up a little area with more coins to collect, somewhat harder puzzels to beat and a gem. 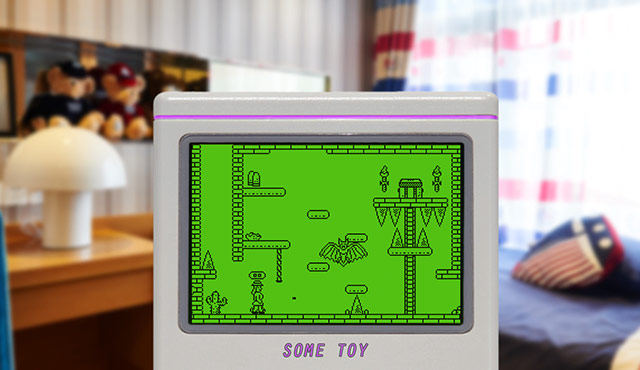 Now besides this all being awesome, there's a huge gimmick in this game. The game was based upon the earlier platformer/collecting games like Montezuma's Revenge, so graphic wise it looks very old school. But here's the deal, the developers implemented several schemes you can play with. You can actually play the game on different kinds of computer screen, all implemented in the game. You don't have to worry about losing progress, or missing out on things since the game is the exact same on all devices, but if you want to play the game on a gameboy, 286 or MacIntosh, you can.

I really enjoyed playing this game, and have gotten pretty far. I've explored all rooms but one and I probably missed some gaps here and there for me to collect coins and gems. I'm still pretty far awat from a 100% completion but it can be done. If you like old platforming/exploring games, The Adventures of Elena Temple is definitely something you want in you collection of videogames.