The 8 Best CS:GO Matches of All Time 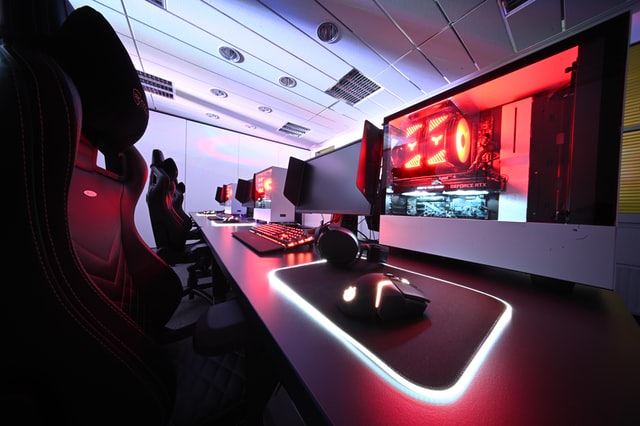 Photo by ELLA DON on Unsplash

There's a reason why live esports events have become so popular in recent years. Nowadays, the grand final stages of Counter-Strike: Global Offensive tournaments are attracting thousands of spectators at live events. Online viewership statistics are even more impressive. In 2021, the PGL Majors enjoyed peak viewership of more than 2.7 million. You can follow 1337 CSGO live games online at any time to enjoy the drama yourself. Looking to enjoy some best CS:GO matches ever staged? Below, we highlight 8 of the most high-octane match-ups ever to grace the world of esports.


Although FaZe Clan has long enjoyed a place in the highest-ranked CS:GO teams, this fateful match-up with Fnatic saw them miss out at the final hurdle. This classic match is one of only several highlights of the 2018 IEM World Championships, with other standouts including FaZe's win over Astralis during the semi-final stages. Although FaZe started strong, things quickly turned against them, with Fnatic proving worthy adversaries. Things came to a head during the Overtime stages, with Fntatic managing to secure a 19-17 win over FaZe.


Mousesports were seen as the underdogs going into the StarLadder & i-League StarSeries 4 grand final. NaVi might have thought they were on to a sure thing with top-tier players like s1mple on their side, with early wins on Overpass maps. However, complacency is often a killer, even for the best CS:GO teams. The mousesports line-up quickly pulled out all the stops to secure wins on the Mirage map. It wasn't until the final Train matches that mousesports secured a comfortable with for themselves, however. With a final Train outcome of 16-9, this was not only a comfortable victory for mousesports but also their first significant tournament win.


This grand final match-up from Season 9 of the ESL Pro League is still one of the most-viewed CS:GO games of all time. Back in 2019, G2 weren't considered favorites and it was a surprise to many that the team managed to progress to the finals. Although Team Liquid were seen as likely overall victors, nobody could have anticipated just how close this final ended up being.


This quarter-final map from IEM Sydney 2019 might have been unremarkable for the most part, but once things had progressed to the final maps, things became a lot more interesting. Fnatic started well with convincing victories, but NiP were hot on their heels and eventually drew level when play progressed to Overtime. Eventually, NiP fell just short during the second and final Overtime round, leaving Fnatic to progress to the next round.


Team Liquid commands real respect in esports circles, but this disastrous match-up with Luminosity Gaming ruffled feathers. This semi-final match from the 2016 MLG Major Championship is infamous for an uncharacteristic poor display by Team Liquid. Luminosity Gaming outperformed Team Liquid across all maps, before emerging victorious in the grand finals as well.


If you're looking for drama, this historic match-up from the 2017 ELeague Majors delivers the goods. At the time, Astralis were still establishing themselves as major hitters. This was the first major title the team had a realistic chance of walking away with. Virtus.pro had only recently secured their first big victory in a major tournament, making this grand final match a hard one to call. Although Virtus.pro looked likely to take home the top prize at several points, Astralis fought valiantly to land their first-ever major tournament victory.


2015 was a busy year for CLoud9. Although the team had secured consistent wins at other tournaments, this grand final match from the ESL ESEA Pro League's inaugural season was by no means a sure thing. Sadly, the odds were ever so slightly stacked against them, with Fntatic strong line-up managing to fend them off on the final Overtime maps.


This grand final match from the 2018 ELeague Major is sure to go down in history. By the time of this tournament, Cloud9 had comfortably established themselves as one of the world's premier CS:GO teams. However, Cloud9 often struggled to capitalize on this reputation, falling short of walking away with any major tournament titles. Going into this final, FaZe Clan were the obvious favorites. Cloud9 delivered an impressive display, holding off their rivals right up until the second Overtime map. Eventually, Cloud9 emerged as the victors, becoming the first North American team to secure a major tournament title.

4,967 Views
8 Comments
chrpa— Jayisgames needs your help to continue providing quality content. Click for details The October night back in 1991 was dark without a trace of moonlight and it was raining. Your car refused to go on and so you decide to...  ...

871 Views
0 Comments
jayisgames.com— Twitch is the hub for many live streamers, whether it's in the gaming or vlogging niche. Most of them even stream on Twitch as their full-time job and earn more than just bread and butter....  ...

1,109 Views
0 Comments
chrpa— Jayisgames needs your help to continue providing quality content. Click for details Welcome to Weekday Puzzle! We start with bitmagine Studio's platformer. Your goal is to help a blob whose partner got imprisoned in a cage. There is a...  ...

2,066 Views
5 Comments
chrpa— Jayisgames needs your help to continue providing quality content. Click for details Hi, it's Wednesday again and new Weekday Escape here! With Selfdefiant you get to Delaware and Florida for a short visit. The name of Amajeto's game clearly...  ...