If there is one genre the smartphone seems designed for, it's card games. Dozens, if not hundreds, of card and card collecting games have been churned out like government surplus butter. So when a rare good one comes along, we strategy nuts do a little joyful dance (much like I do in the fresh produce section of my local Whole Paycheck on payday). Behold, such a game has arrived. Star Admiral by Hardscore Games is a completely free-to-play card collecting strategy game that eschews the standards that have become rife in the genre, saying "no thank you" to both the pay-to-win model and the auto-battle snorefest we normally encounter. Instead, making your way through this game's universe absolutely never requires you to spend--it simply requires you to use your brain. You can win dark matter, salvage for light matter, and obtain everything including the best crafts and the highest ranks without ever spending a penny. You can purchase the most common currency, dark matter, with real money as a way to speed things along, but it won't give you an undue advantage, as strategy is the real focus in this game. 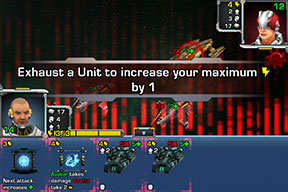 The game is gorgeous, placing board game artwork over a field of stars, with a generous tutorial that will walk you through the basics while also allowing you to play for yourself. After the tutorial sessions are over, you enter a PVP system with missions and goals to achieve, and the matching system makes sure you are paired with either a live player or an AI opponent you can handle. As you win battles, you collect cards and currency to build a fleet based on your own strategic philosophy. Will you lay multiple traps for your enemy, to keep your hit points high and chip away at theirs? Or will you focus on crafts and strikes that can damage both the opposition's crafts and avatar? As with many games in the genre, your goal is to defeat the enemy's avatar by reducing their hit points to 0. Unlike other games, however, you almost always have access to the avatar... you can play an entire game without once hitting an enemy craft. But the deeper you go, the more you'll realize that your strategy needs multiple prongs, from ways to increase and protect your own avatar's health, to ways to destroy enemy crafts that give your opponent too great an advantage. Your fleet is composed of a 50 card deck, and even though you get to build your own deck once you start winning cards, every game is going to be different. 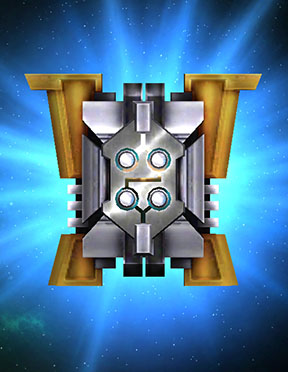 One oddity of the game, which seems to serve no real purpose without a pay-to-win model in place, is a countdown timer on new missions that appears after the first few have been accomplished. For new missions, you'll have to wait 24 hours, and since there is no way to buy yourself into a new mission, the purpose of the wait seems unclear. However, it doesn't take away from the fact that you are constantly working to achieve a higher and higher rank within the game. As you defeat the other factions, you gain the ability to play as any of the three major factions or any of 14 subfactions, each with its own specialty crafts and strikes. Visit the shop to assemble some of the better crafts available in the game, or buy a booster pack with three chances at an epic craft, and the possibilities of even more bonus cards each time. And if you want to test the fleet you're building without losing to a real opponent (for which you lose points in the game), you can challenge a friend or the AI in the training area. If you love strategy and are always on the lookout for a worthwhile card-collecting game, you need to check this one out, on the double. Your path to becoming the next Star Admiral opens before you!

I just noticed this says it's optimized for iPhone 5, but I'm playing it on a 4. FYI