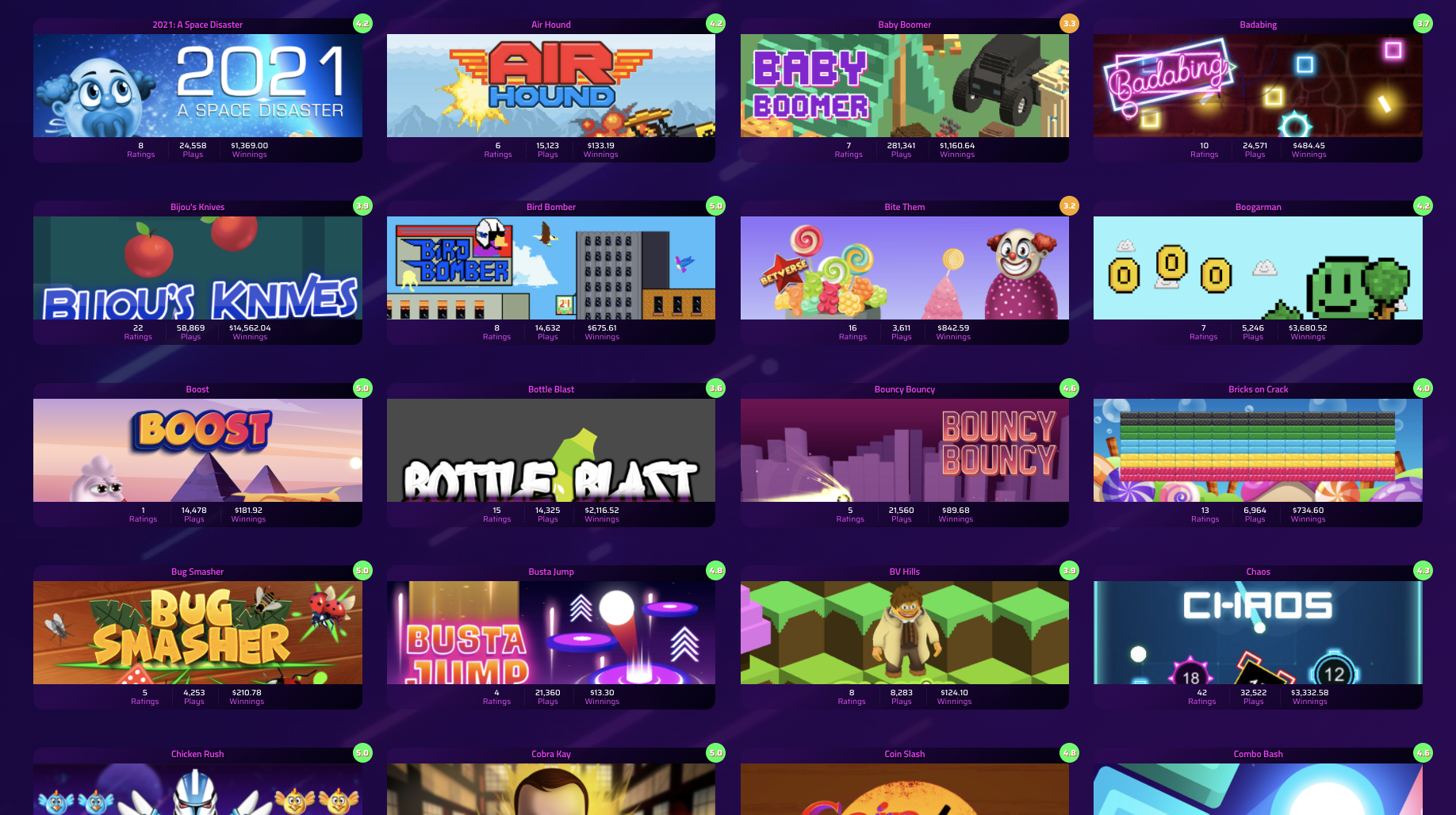 SkillGaming is a huge compendium of fun, impeccably presented casual games in a single app.

These minigames include Slice Crypto, a cryptocurrency-inspired twist on Fruit Ninja, Elon's Dream, an ingenious timing challenge in which you have to get a rocket as far into space as possible, Skilltwister, an innovative skill game with an awesome '80s soundtrack, and Markus Journey - a fast paced platformer boasting some of the best graphics on the platform.

In total SkillGaming boasts more than a hundred minigames, with more being added every week, and they're all totally free-to-play. It's no surprise that the app has generated more than 3 million hours of gameplay time so far, from 2 million plays and 34,000 registered users.

And that's not even the best part. The final ace up SkillGaming's sleeve is that it actually lets you win money.

While you can play to your heart's content without putting anything on the line, you can up the ante by depositing money and then playing for a share of a huge prize pool.

There are several different play-to-earn modes, including Challenge, Duel, and War. Challenge sees you taking on the AI to reach certain target scores, Duel mode sees you and a friend putting money on the table and then competing to win it, and War mode involves taking part in a 24-hour contest, with the winner taking a huge 80% of the pot.

SkillGaming also features an innovative Armoury system, letting you obtain equipment to launch attacks on your opponents and increase your defensive capability with items like the Radar, the Cloak, and a thing called Kek's Eye, which lets you see your opponent's Warscore so that you can make an informed decision on whether to engage.


You can earn money on SkillGaming for as little as $1, and there's a prize pot of more than $200,000 to go after. The whole project is also backed up by a $2 Million dollar liquidity pool too.

To get started, download SkillGaming for free right on the Google Play Store, or visit the official SkillGaming site.

i don't trust any of that crypto stuff and i'm not a fan of it being advertised on your site :(

I completely agree. Sadly it seems like there is no content-vetting process whatsoever for submitted articles on JIG and it's been like that for years. It breaks my heart to see crap like this get published daily.

1,407 Views
4 Comments
chrpa— Jayisgames needs your help to continue providing quality content. Click for details Hi! Weekday Escape and Weekday Puzzle are here! Two holidayish state escapes by Selfdefiant are lazy and simple, and then comes Coconuts Park with another episode from...  ...