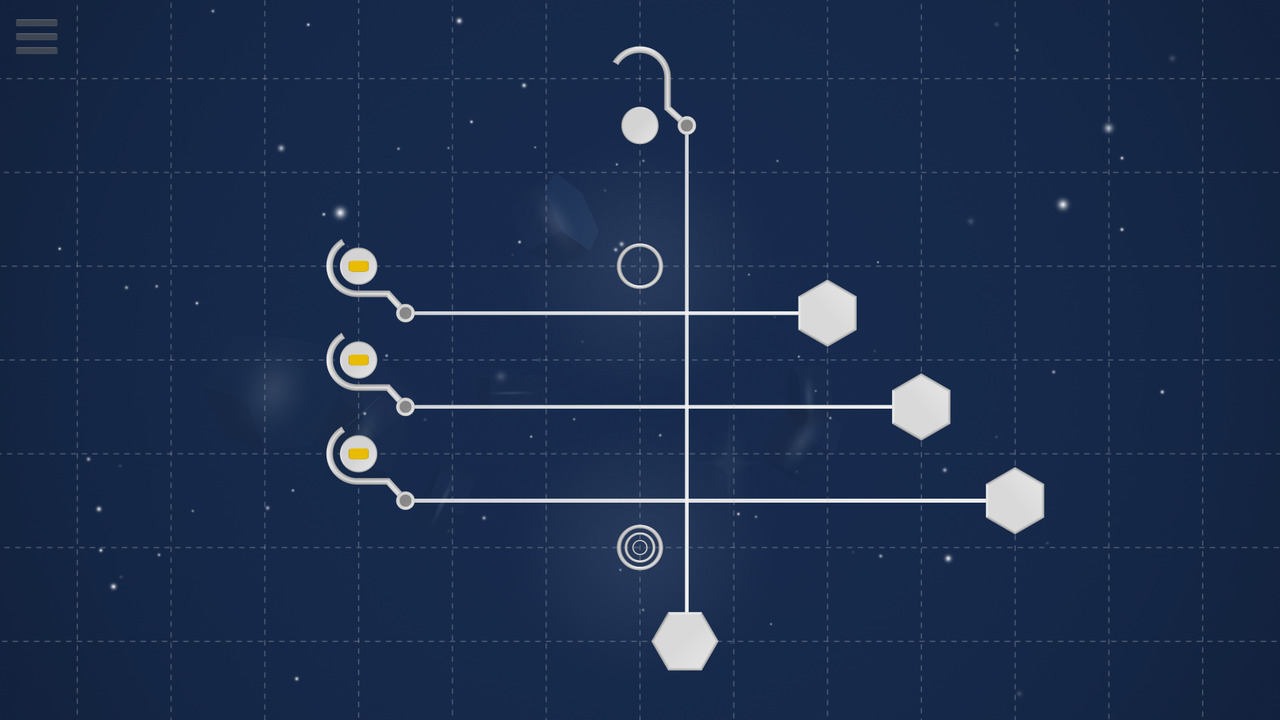 Now and then a puzzle game emerges that feels like a breath of fresh air. In the case of Sinkr, a 2D puzzle game by Wahler Digital, this is achieved largely through the minimalist design of the game's visuals and the originality of its mechanics. The game starts you off with a deceivingly simple task: guide the pucks home to their circular zones. To do this, you are given an array of hooks that you pull along in a set direction by winding a winch-like hexagon. Simply click and hold the hexagon to set the hooks in motion, using the grid in the background as a positioning guide if needed. The introductory levels are a breeze but things quickly become a bit more thought-intensive as new mechanics are added and combined in interesting ways.

One of the most devious is the multi-directional hook that can flip horizontally to pull pucks on either side of the hook's line. Add in the ability to latch hooks on to other hooks and pull them in different directions, and you've really got a recipe for a brain cramp. Some of the later level designs are quite large and require a considerable amount of careful planning in advance of each move (or a considerable amount of guess and check depending on your style). Other mechanics include the addition of new puck shapes that correspond to specific end zones as well as end zones that require multiple pucks. A variety of other components keep you on your toes later in the game, but I won't spoil them all. 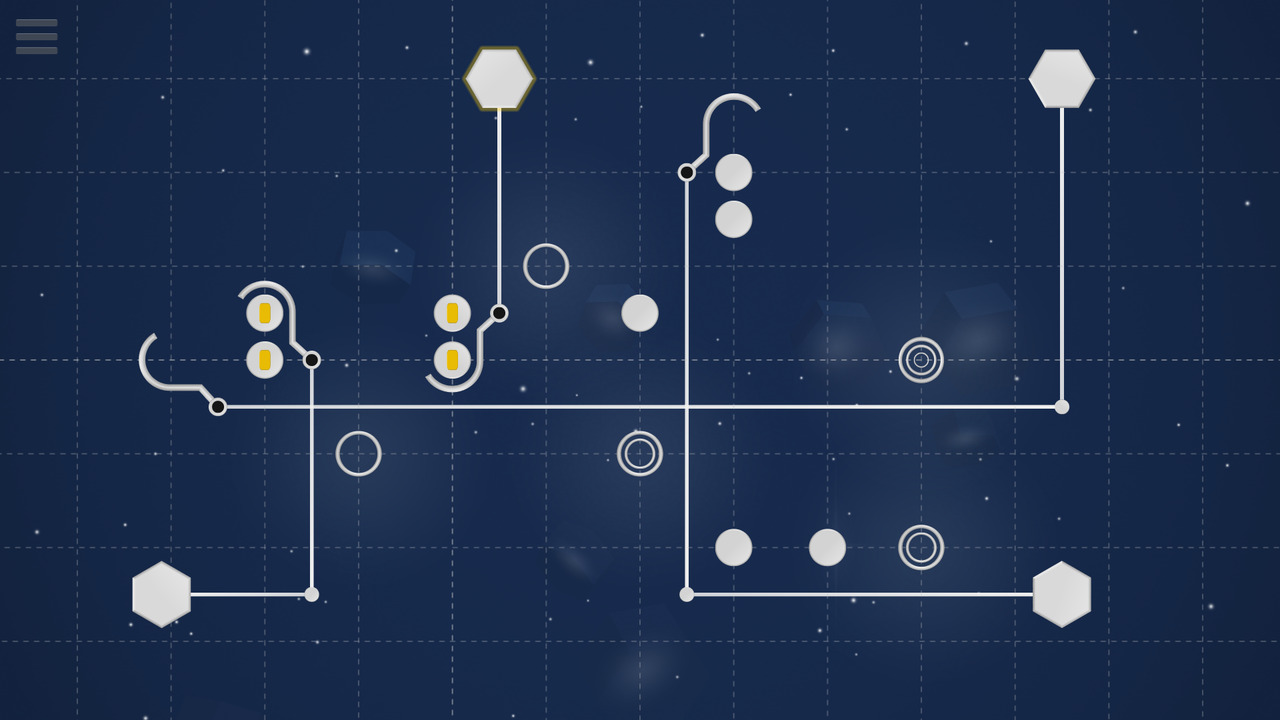 Though the puzzles achieve a formidable level of difficulty before too long, Sinkr does an excellent job of keeping the mood light, casual, and relaxed. There's no point system to quantify your performance and no timer to raise your blood pressure. Just the simplicity of the fun little contraptions you're given and the tranquility of the ambient background music.

I played and reviewed the free browser version which comes with a satisfying number of levels already, however for just a dollar on Steam you can enjoy a total of 60 levels with two new game mechanics. Alternatively, you can pick up the full version Windows, Mac, Linux or for mobile on the App Store, Google Play.