Once upon a time, Senya, a knight, got a message - in fact, a cry for help - from an imprisoned princess. He set on a rescue journey immediately, as a true hero, and on his way (before he arrived to dangerous areas) changed all his belongings for a cat. He lost his armor and weapons, but he had a pet! Well...need to say, a very special pet. Oscar is a cat wizard and his skills are interesting indeed. Are you ready for an adventure? You can start righ now!

Senya and Oscar 2 by dennatolich is 2D arcade about adventurous journey of two friends, a knight and a cat wizard. They arrived to a kingdom which is infested with various bloodthirsty monsters and they need to fight them again and again to get further to the castle where the poor princess is kept as a captive. On their way they collect coins and gems, and buy for them an armor for Senya and spells or skills for the cat wizard. The monsters attack Senya only, so Oscar can help but stays unharmed, and when Senya loses is able to pull him away to recover and maybe buy or forge a better equipment. 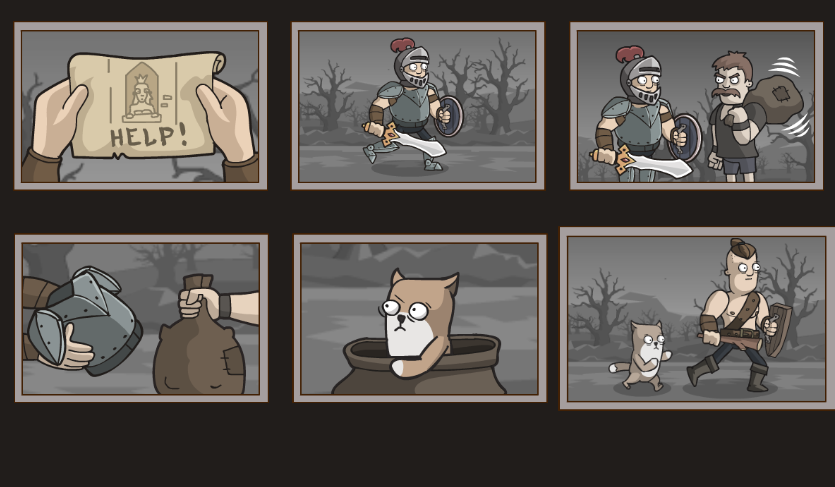 The gameplay is very simple, but fun. You just fight and fight, sooner or later you lose, strong Oscar takes you back to shelter where you recover and upgrade. You go to battles again and again get defeated...but if you are persistent enough, you get to the castle and to the princess, in the end. The game is completely controlled by a mouse and has autosave.