Quit the game to win 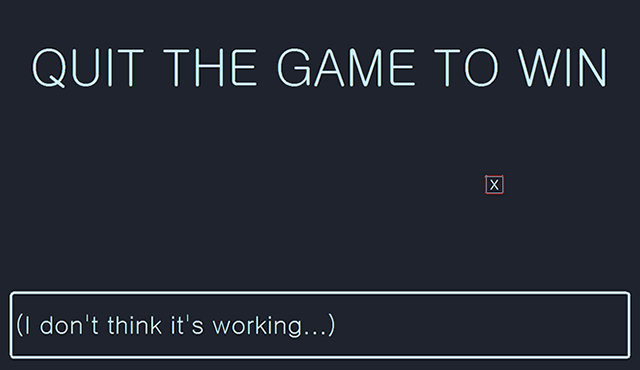 The game itself is pretty short, if you know what you're doing, and by that I mean: "If you follow what the program tells you to do". The main goal is to quit the game, but there's only one thing you can do at a time. So basically you have to click on the right object to progress. It reminds me a lot of "There is no game", where you needed to defeat the program itself too. I must add that There is no game is far superior than Quit the game to win, because the game was a lot complexer with platforming bits, some Arkanoid clone and sometimes unclear instructions. In all, Quit the game to win can be a fun little homage to There is no game and it will certainly keep you occupied for a couple of minutes.