Locking horns with a great puzzle is an almost zen-like experience. There's something wonderful about letting the world slip away as you sink into the pure logic of a mind-bending puzzle. Of course, when that puzzle is as beautiful and engaging as Quell Memento, it makes the experience that much sweeter. Created by Fallen Tree Games, the lastest installment of the raindrop-sliding brainteaser Quell takes place in an abandoned house, filled with the memories of its previous owner. 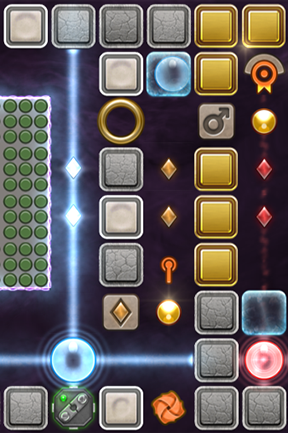 Like its predecessors, Quell Memento has you splashing about water droplets — tapping and flicking to send them on their merry way — in order to complete certain tasks. The basic idea is that once you slide a raindrop in a certain direction, it won't stop until it hits a wall or other obstacle. If a drop goes off the edge, it simply loops around and appears on the opposite side. Simple enough it seems, but additional mechanics are quickly added in to complicate matters, such as ice blocks, teleporters, moveable spikes, switches, roses and so much more!

But that's not the end of Memento's new features. While the first two games focused solely on collecting pearls, Memento adds in new level objectives including lightbulbs which change color and crystals which need to be lit up using a fun new mechanic where light emanates from the raindrops in all four directions. (And sometimes, levels require a combination of two or even all three objectives.) There are also now bonus jewels to collect which are either sequestered in a hard-to-reach spot or hidden inside breakable walls, requiring you to bash into them several times to unlock them.

Of course, one thing that hasn't changed is the emphasis on finding solutions that require the least number of moves. This accounts for a great amount of the difficulty of perfecting the game; as anyone who has played the previous Quells will know, simply beating a level and finding an optimal solution are two very different things.

Analysis: Quell Memento is the puzzle equivalent of a cup of tea in a warm bath of cake. It's just all kinds of pleasant and lovely. From the great watercolor graphics to the beautiful and soothing soundtrack, the whole package is just exquisite. 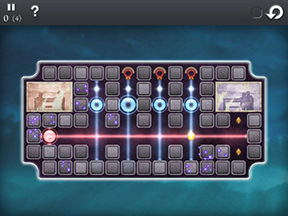 However, just because the game is designed to be soothing doesn't mean the puzzles will take it easy on you. The brain-bogglers here definitely do their fair share of boggling. The puzzles in Quell Memento are wonderfully-designed, and there are a lot of clever mechanics, but in a way there might be too many clever mechanics. It feels like a lot more could have been extracted from the new ideas, such as the light crystals or the ice blocks, in the way that the original Quell managed to fill a gameful of interesting puzzles out of a fraction of the mechanics present here. Some of the later puzzles — especially the penultimate clustercuss "All In!" — lack the simple elegance that the first two games revolved around.

But this is a minor quibble in an otherwise exemplary puzzle title. There are a lot of little details, like rubbing the dust off of old photographs, that elevate the experience into something beyond the typical mobile game. Quell Memento creates a lovely atmosphere, and with over 150 puzzles to sink your teeth into it'll keep your brain occupied for a good while. It's another addicting addition to the Quell family of games — a family that we hope continues to grow and develop.