Princess Isabella: The Rise of an Heir

Sometimes you're simply in the mood for a fairy tale. Let's face it, the grown-up world can get complicated and drab, and there's nothing like a bit of old-fashioned fantasy to lift your spirits. So come and spend a few hours in the enchanted realm of the newest hidden-object adventure, Princess Isabella: The Rise of an Heir by Gogii Games. There are fairies, a dragon, magic of all sorts, not to mention a whale with a Scottish accent, what more do you need? Young Bella is a pretty golden-haired teenager, blissfully oblivious of the evil surrounding her. The witch has discovered her whereabouts and has sent her hellish minions to take away Bella's fairy godmothers, leaving her without protection. Bella is now the kingdom's only hope, and she must find a way to end the witch's reign and lift the curse which envelops the land. 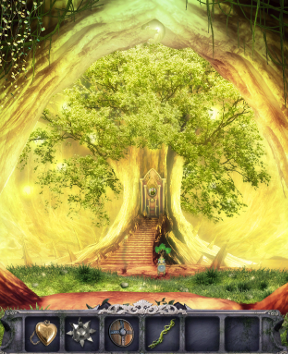 As far as gameplay goes, Princess Isabella: The Rise of an Heir offers more than your standard hidden-object adventure. In each scene, you can mouse over different objects. If your cursor turns into a hand, that means you can pick up an item; if a question mark appears, you should use an item from your inventory to interact with it. Hidden-object scenes are indicated with sparkles. However, in addition to this, you can use a flute to call your dragon for help and a wand to break things with (hey, not all princesses have to be dainty and gentle!). Your fairy godmothers will also accompany you as you save them one by one, and you will be able to use their powers to change the world around you.

Analysis: Compared to its predecessor, the game offers some definite improvements. For one thing, the astonishingly annoying blue fairy has decided it's time to tone down, so she's now content with giving advice during cutscenes. The sound effects are unobtrusive and more appropriate, meaning that not every action you take is followed by harps and fanfares. The graphics haven't had a major overhaul, but the scenes look royally grandiose and it's always wonderful to see cursed rooms come back to life and fill with joy and merriment. 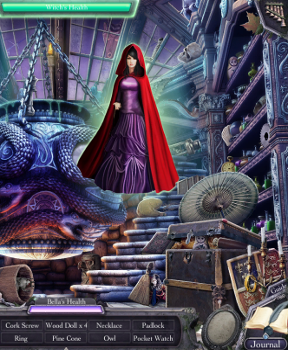 A Disney-like atmosphere can be felt all through the game, so the animations, which are more cartoonish than realistic, fit in quite nicely. The hidden-object scenes could have done with a little variety. In the olden days, we were used to the click-on-stuff-to-cross-it-off-a-list variety, but it's 2013 and we now appreciate some more puzzliness and challenge. Speaking of which, the mini-games vary from extremely simple to relatively tricky, but never venture into the difficult territory. It is obvious that the developers made an effort to give the series a more grown-up air, but it's still probably a tad too easy for most casual gamers.

What sets Princess Isabella: The Rise of an Heir apart from other similar games is the way fantasy is built into the gameplay. Magical creatures abound, each with their own power, so there's always enough variety to hold your attention. The creatures are characters in their own right, rather than just sidekicks, and they add colour and depth to the plot. Some suspension of disbelief is needed, of course, as the story is one prince short of Sleeping Beauty, but that's the whole point – this is first and foremost an interactive fairy tale and as such, it works beautifully.

Princess Isabella: The Rise of an Heir is currently only available in a Collector's Edition, which includes a bonus level, concept art, wallpapers, behind the scenes footage and more. Remember that Big Fish Game Club Members pay only $13.99 for Collector's Editions (or 2 club credits), and collector's editions count 3 card punches of 6 total needed for a free game.