Word up! And down! Also, left, right, through, over, under and in all manner of combinations. It's Onomastica 2, a platforming puzzle/whimsical interactive art piece by mif2000. Like the original Onomastica (a title that incidentally refers to "the branch of lexicology that studies the forms and origins of proper names") you control a little everydude awash in a world where words don't just mean things: they are things. TREES stand tall, CLOUDS float, TROLLS block your path, and OLD rocks crumble beneath you. Naturally, completing the journey will require quite a bit of word play, but players who are good at minding their words will certainly be up to the task. 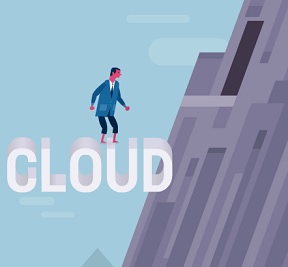 Like the original, using the [WASD] or [arrow] keys, you'll jump and run about the typographical wonderland, occasionally moving or breaking a letter or two to transform a word and allowing you to push onward. And also like the original, Onomastica is whimsical, and clever in its linear challenge, and also over way too quickly. The biggest change is in aesthetic... where the original relied on a stark wasteland of nothing but text, Onomastica 2 has a much colorful, iconographic, even art deco feel to it, and the bongos on the soundtrack are much better too! So yes, Onomastica 2 is a short, barely challenging, novelty of a game, but it's a very pretty one. You should give it a chance to let the charms of its special brand of kinetic typography win you over, and that's a word to the wise.

Unless I missed something, the game doesn't tell you when it's over, it just repeats forever.

Which is kind of a let-down, to be honest.

It SHOULD stop when you pass through EXIT.
Sadly it doesn't.

And some of those jumps are a bit on the pixel perfect side.
Games like that died out in the 80's for a reason.
People HATED them.

Great art, fitting music, and clever puzzles...in a game like this there doesn't have to be an ending. What were you expecting, a full on story?

Loved all the improvements made upon the first (no more invisible platforms or walls!); keep it up with games like this!

Rather on the short and easy side - apart from a togher spot or two - but fun.

Visually, it's kind of cute. I do like some of the typography and the little game's quirks, but it's not the most... innovative? typography game I've played.

OK, I know I suck at platform games, but what am I missing with

changing the addition to multiplication

I found this game to be rather disappointing, honestly. For a game about wordplay, the words didn't seem to have much in the way of meaningful arrangement. For instance, the

TREEs and ROCKs encountered in the trail and cave areas

bore no resemblance to the objects they represented. In a more abstract environment, such as that in the first Onomastica, this wouldn't matter so much, but in this game's visual environment, they just felt out of place, as though someone had spilled alphabet soup on an otherwise normal platformer. That, and the puzzles were beyond easy, amounting to "push this" or "jump on that" at most. Even the

was really just a matter of messing about long enough.

This isn't to say that Onomastica 2 was a "bad" game, just not one for anyone looking for something truly clever.

Many puzzles were not intuitive enough. So I used the walkthrough more than I wanted to. A note about the walkthrough video...please re-record with the person just doing the activities that are necessary. I don't need to watch a walkthrough of someone jumping left and right and trying to figure out to do. Show just a video of the person who *knows* exactly what to do. Thanks.