On the Rain-Slick Precipice of Darkness: Episode Four

Save the world. Seems like a pretty simple plan, right? Only things didn't go so well for Tycho, Gabe, and the rest of our heroes, and now they're stranded in the Under Hell, which is not exactly the best place to be even when you don't find your party split apart. Now Gabe and an unlikely new companion are searching for Tycho and a way out, while elsewhere Moira and Jim are doing the same. Maybe in the process they'll finally set things right and save the world? After all, that's what they all want... right? Zeboyd Games delivers an epic conclusion to the surreal and sublimely funny indie RPG series with On the Rain-Slick Precipice of Darkness: Episode Four. Sporting free-roaming maps, all new battle mechanics, new characters and locations, challenging, strategic battles, and one awesome soundtrack, Episode Four delivers big laughs and bigger adventures. 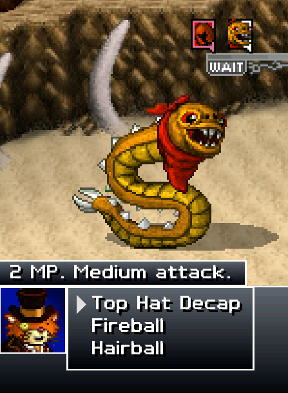 You'll swap automatically back and forth between party members as the story progresses and you explore Under Hell and its surrounding areas. You can wander freely around the map this time, and you'll find villages to visit and friendly local inhabitants to chat with. Except for that one town that apparently communicates entirely in strangles. Ultimately, your goal is to reunite everyone and finish what you've started, but as you might expect, it turns out things are a little more complicated than that. The last God is still standing, but you can't reach him... mainly because he's way up in Over Hell. Go on a journey to destroy all the pillars holding it up to bring it crashing down upon you to reach it, you say? Encounter sentient fake nose glasses? Fight a fish-centric team of nutjobs with their own theme song? Team up with a mentally unstable maniac? Sure, why not! Sounds like a plan.

As before, combat is classic turn-based, and since enemies gain power each turn you want to defeat them as quickly as possible. Unlike before, however, your heroes aren't participating in battle. At least not directly. While they still level up, the hard work is instead left to the monsters that join your party that each hero can train, imparting special abilities, passive or otherwise. A variety of different monsters can be found, some optional, ranging from a sentient vending machine to a particular dapper cat. You'll want to experiment to figure out what combination of critters is best for any given situation, since their wildly different strengths and abilities can make an impossible battle merely challenging if you bring the right roster into a fight. Since you can see all the enemies on the map and save whenever you like, there's no real reason not to experiment and plan for every battle. 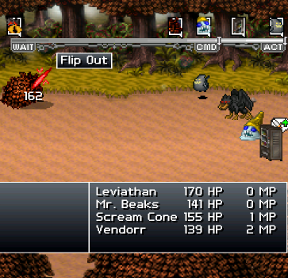 Analysis: Rejoice! Instead of being nailed to a set route on a world map, you're now given free roam. I mean... you're still basically going to want to go on the set route because that's really the only direction to go apart from a few optional areas, but hey! No more Mario-esque pods and roads! You're a big kid adventurer, now! The dungeon-crawling and battling definitely outweighs everything else, however. Towns are few and far between, and there's not really that much to do in them apart from talk to a few people, so the bulk of the gameplay still falls on punching things in the face. Some chapters and areas do tend to drag on a bit as well. Fortunately, Episode Four continues the series' tradition of challenge over grind, and with unique monsters in every area, it never really gets boring. The monster battling is a switch that is both unexpected and odd, and might be a bit too silly for some players, but, well, we are talking about a series that once had you soak someone's hands in magical urine to strengthen them. Being able to swap different monsters in and out actually adds a nice additional layer of strategy, although it basically feels like a different manifestation of Episode Three's Class Pin system. 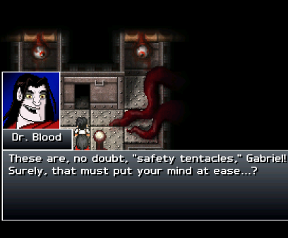 Still, as satisfying as the battles can be, you'll probably wind up wishing there was a bit more party chatter, mostly because it's so entertaining. To say your group is composed of a bunch of eccentric whackjobs is sort of understating it, and at this point in the series, the story and setting are so deliberately over-the-top you could still have trouble following what's going on even if you've played all the games from the beginning. It feels at times like your characters (and virtually every single NPC) are more interested than random amusing babble than any sort of story advancement. But darned if it isn't entertaining. From the enemy descriptions to homicidal rantings of a new party member you'll gain, Episode Four embraces its surreal weirdness and squeezes for all its worth. 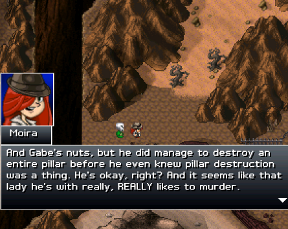 Does Episode Four feel like the culmination of the series it should? Well... yes and no. Three and Four have so little in common with the first two games, even story-wise, they almost feel like their own contained duo rather than parts of a whole. And that's hardly a bad thing, given how much hard work its two-man team have put into it. The soundtrack was created by Hyperduck Studios, who also did the similarly awesome music for Dust: An Elysian Tail, and the retouched graphics are a subtle but welcome improvement. Episode Four is an incredibly ambitious game, with all the challenging battles you could possibly want (and then some) and a story that treats nearly any notion of seriousness as a fate worse than death... apart from a few unexpectedly sweet moments. Funny, freaky, and tactical in all the right ways, this is a fitting end to one of the few genuinely clever comedic game series out there that fans will love to sink their teeth into.