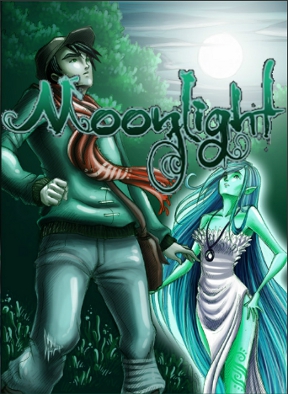 Moonlight is a gorgeous spot-the-difference title from Difference Games that tells the touching tale of a young man and what he finds in the forest one night. Each scene is offered in stereo vision with a duplicate, circular cursor on the opposite side to your arrow, and you simply look for and click on the differences between each scene, with misclicks causing a point penalty. Moonlight offers three levels of difficulty to play, with the first two vary only in the amount of differences you must find per scene, but once medium is completed, the third level is unlocked. Not only does the hard difficulty require you to find even more differences, but it also has a completely different set of them than those in the other two levels. As an added bonus, there is a new scene near the end of this magical story for those brave enough to play that far. Unfortunately, we can't all be master difference-finders, so there is a hint system, which is set on a timer and has two forms: Shake, which will waver the area of a difference for a short time and use up less of your hint bar, and Reveal, which will highlight that area until clicked.

Stephanie Herrera's artwork (previously seen in Dreams) is captivating and well-suited to this form of expression. It's not often nowadays to find a storyteller who can weave such a fantastic tale with so few words. The story is more compelling than most of this genre, so don't be surprised to find yourself emotionally attached to the main characters. The music adds to the attraction of the game and fits well with the mood Herrera sets. Whether you're a beginner looking to play through once to look at the story or a spot-the-difference pro who must play each level through without any hints for maximum points, you would be remiss to pass by this mystical mystery.

Here are screenshots highlighting the areas where the differences are. The ones for Normal can also be used for Easy.
Easy/Normal Mode

Screenshot
Playing through a couple of times, this was the only level where I found an alternate difference, which I highlighted in yellow.

Wow, gorgeous--probably my favorite so far. My only disappointment is that there wasn't any additional story board in the Hard version, in spite of both the review and the game itself saying there was. I strained my eyes just to get that additional page! Too bad they didn't follow through.

I will say, there were some "difference" items in the Hard version that I couldn't see even after I had them "revealed". But otherwise, really super amazing.

Here are screenshots highlighting the areas where the differences are. The ones for Normal can also be used for Easy.
Easy/Normal Mode

Screenshot
Playing through a couple of times, this was the only level where I found an alternate difference, which I highlighted in yellow.

@dsrtrosy: I'm sorry, I miswrote. The additional screen is not near the end, it is a whole new ending screen. So instead of seeing

them flying over the forest towards the moon,

them flying through space at the moon.

The tentpole made this game worthwhile.

Oh my Christ! I played through on normal and was kind of disappointed by the lack of subtle differences, but hard mode really was a nightmare lol. Luckily the music and pictures make it relaxing :)

5,890 Views
5 Comments
chrpa— Jayisgames needs your help to continue providing quality content. Click for details You find yourself on a deserted island, you still have your small boat but the oar is lost somewhere - what now? Sounds familiar? Yes it's not the...  ...