The bestest news on this edition of Mobile Monday is a brand new game from Simogo! Also: Kingdom Rush, how did you get so very very good?

DEVICE 6 - Developer Simogo is not messing around. After a few clever and cute games, the team released Year Walk earlier this year, a haunting adventure game that could only work on mobile devices. What's next for the team? DEVICE 6, a surreal thriller that plays with narration and the written word to create a truly unusual environment. Check out the official page for a trailer and a few tidbits of info, and expect the iOS release later this year! 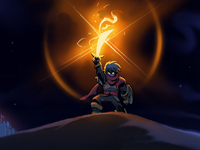 Kingdom Rush: Frontiers Update - Ha, joke's on you. You thought now that you had beaten Kingdom Rush 2 you could go on with your life. Too bad the Rising Tides update was recently released, featuring six new creeps to defend against, new maps and achievements, and two new heroes to deploy. Back to hunching over your mobile device until you're at 100% again! First world problem, right? 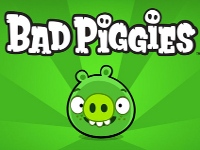 Free App of the Week: Bad Piggies - Each week on the iTunes App Store, Apple drops a single release down to the tasty price of "free". This week, that freebie is Bad Piggies, Rovio's Angry Birds spinoff that puts you in control of the "bad" guys. Build contraptions out of sticks and wheels, then go on a wild ride down a handful of crazy levels. All the same charm and challenge of Angry Birds, only with fewer birds!