This week are presented exlusively escape games - the first by playPLANT (LIBERTY PLANT inc.) wants you to escape a post office. Then returns Nazokoi (Akina Kubota) with a package of eight games (plus bonus) overcrowded by cute doggies and colorful puzzles. Another adorable game is Toki Mathui's debut about dwarfs, and the bonus is the latest Neat Escape.

All games are free and available in Google Play and in Apple Store except the bonus game (only for Android devices).

The first game is medium-sized on a longer side, the second one is relatively short. The third game is a package of eight games, all medium-sized, and the bonus is again medium-sized.

In playPLANT's (LIBERTY PLANT inc.) escape game you (i.e. yellow SpongeBob-like cube) are trying to escape quite a complicated building. They say that it's a post office - well the truth is that there are rooms where they sort out mail - and you have to do some work there too. And solve many puzzles on your way around the place.

Cute Toki Mathui's pixelated 3D game seems like made for kids - puzzles are simple but not silly, though, and so it's fun for players of all ages. In the room live adorable dwarfs and grow square oranges, apples and acorns. Even drops of water are tiny cubes - and everything is so joyful and colorful. A nice one.

Nazokoi's (Akina Kubota) latest package contains eight games from an amusement park in a doggie world. In each 'chapter' you need to make a picture of five paw prints to get a key from an exit gate - or a rocket - or a submarine - yes, the ways of leaving particular 'chapters' are various indeed. They give you a camera in an information stall, don't worry. 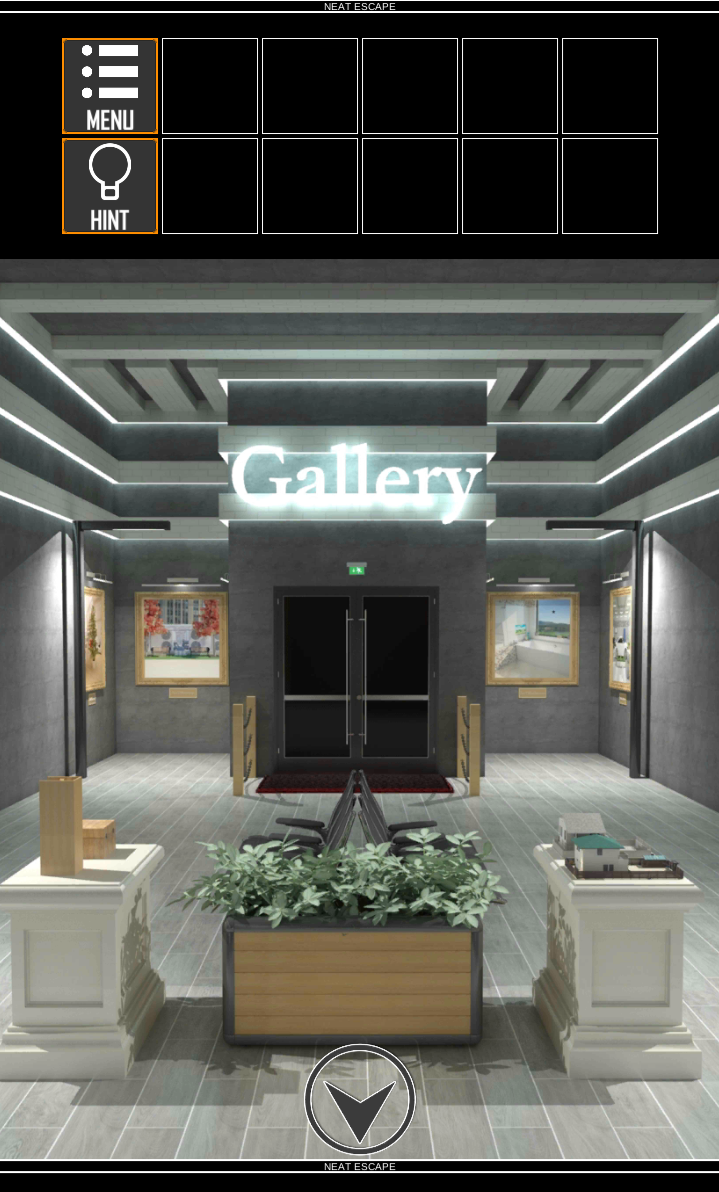 Bonus game: Neat Escape's games are traditionally made for Android devices only - here is the latest one nmed Gallery, enjoy!

3,189 Views
5 Comments
chrpa— Jayisgames needs your help to continue providing quality content. Click for details Paul had been playing the whole afternoon with his friend when they took the shortcut home. Then a really bad man grabbed them and took them away. He...  ...

3,682 Views
1 Comment
chrpa— Jayisgames needs your help to continue providing quality content. Click for details Rinnogogo's hotel you are escaping from is awesome - not that it just looks comfortable, it is. Soft armchairs and sofas stand in every corner inviting to...  ...