All games are free and available in Google Play for Android devices and also in Apple Store.

The first game is quite short, the second and the third are games with levels.

Yusuke Nakajima's escape is exactly what you need for short break. It's not too long, and puzzles are of reasonable difficulty. An the club you are trying to leave quite atmospheric. No language barrier.

The setting of this Yusuke Nakajima's is simple. You need to get two cubes to the last square of their track. Just one tap and they start rolling on their own - the point is that you need to swap them on their way, often more than once. To swap them just tap the screen. The rhytm is the key.

Frozax's picross game was featured in PC Games N°10; here is their game for mobile devices based on the same principle. Your goal is to place one tent next to each tree. There is only one correct solution, strictly logic. The game has left-handed mode and many free levels, later is possible to buy more with microtransactions. 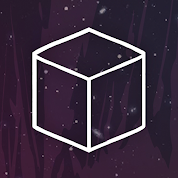