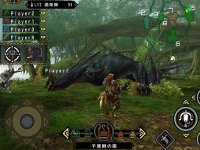 Monster Hunter heading to iOS - Yeah, that's right, and not a watered-down version of the series, either! Monster Hunter Freedom Unite for iOS is a port of MHFU for PSP/PS Vita that has already been released in Japan. The biggest worry with a game like this is virtual controls being a poor substitute for physical buttons. Early impressions of the game alleviate those fears go so far as to praise them, saying they're almost better than having a real controller! Monster Hunter Freedom Unite for iOS will be playable at E3, and with any luck we'll get a firm release date around that time, as well. 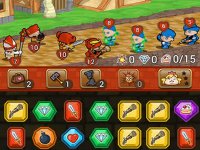 Fat Princess matching game out in Canada - Fat Princess: Piece of Cake is a match-3 RPG that uses artwork, characters and settings from the surprisingly captivating 2009 strategy game Fat Princess. The setup places you in command of soldiers trying to protect the portly royal lady from invading bad guys. Match the requested symbols using the grid at the bottom of the screen to stave off the attacks and keep your princess peachy. Piece of Cake recently soft launched for iOS in Canada and is preparing for a world wide release, which is a very good thing if it really is as good as early impressions suggest. 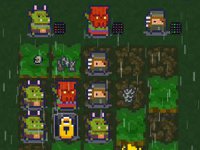 Tales of the Adventure Company on iOS - Released on Android last week, Tales of the Adventure Company is a casual RPG that works like a mixture of Dungelot and Disco Zoo. Each floor consists of a grid of tiles. Enemies are hiding beneath the tiles, each one in its own arrangement as shown at the top of the screen. When you find a foe you can tap it to initiate a battle, then hope you've got the adventurer power to defeat it! Users have reported some problems with the browser version, but the mobile incarnations haven't so much as hiccuped in our tests.