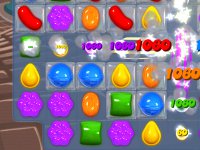 Candy Crush and King made a lot of money - Market research firm Newzoo put together some numbers on how much revenue the top 25 game companies have pulled in in recent quarters. A few of the highest contenders aren't that surprising, with Microsoft at number two, EA at number three, and Sony at number five. But down at number seven and brand new on the list is King.com, makers of Candy Crush Saga. The company just went public, and boy did people sit up and notice. It's currently three spots above Nintendo, five above Square Enix, and almost a dozen above the likes of Ubisoft, Disney and Namco Bandai. More people must be swiping candy tiles than we thought! 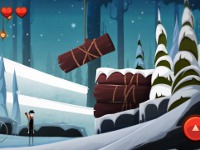 Pinstripe is going to be eerie - Thomas Brush is working on something we'd like to pause and salivate over. Pinstripe is a sidescrolling adventure game with hand-drawn visuals that slowly took shape over the last three years. Very little is known about the game, but one (or ten) looks at the artwork are enough to make us sit up straight and say "NOW". The artist/game developer's previous projects include Coma and Skinny, two browser releases that are stunning in their own ways. Pinstripe is coming to mobile and PC sometime soon. 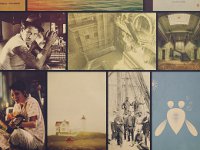 Simogo's inspirations for its upcoming game - By now, if you haven't tracked down at least one Simogo game and fallen in love with it, we can only assume you haven't had internet access for awhile. The team responsible for Year Walk, Device 6 and several other astonishingly creative mobile games recently posted some images that are serving as inspiration for the next project. We can spot a few games right off the bat: the exploration game Proteus and Nintendo's musical toy Electroplankton. As for how they and the rest of the images fit into things, we'll just have to wait and see. But we won't be waiting patiently!

I've read elsewhere that while King and Candy Crush have made an ocean of cash, very little of it is directly tied to the actual game with people buying upgrades and whatever, but that the majority of income derives from the fact that the company has whored out the game merchandise wise, plastering the logo and such on just about everything. That's different than a company like EA which derives the bulk of it's profits/income from sales of the actual game.

That's true, the list excludes hardware sales, but apart from that it's simply financial reports on a spreadsheet. I was actually a little surprised that Rovio didn't make the list. When it comes to selling out their brand, they're one of the first companies that comes to my mind.