PENALTY! You have been caught pocketing frogs with the intention of carrying them beyond the borders of Ynth. Go straight to jail. Do not pass Go. Do not collect $200. You lose all AP for this round. Bad player, BAD! 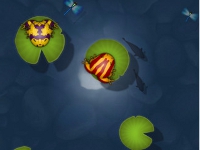 Pocket Frogs - From NimbleBit, the creator of Textropolis and other excellent iPhone games, Pocket Frogs is the next app that will steal little chunks of your time a hundred times a day for the next month. To get an idea of what Pocket Frogs is like, think We Rule plus Flower Garden plus frogs. You have a few different habitats, each capable of holding eight frogs. You can tame these frogs and then breed them, mixing the two parents' appearance to produce a unique species with its own color patterns. Then, head to the shop to buy new habitat sceneries, backgrounds, and items that speed your game along. You really won't be able to stop playing the game, as something new always appears right when you're about to call it a day, and it's so much fun to hop around lily pads and amass a collection of cute little frogs to call your own. 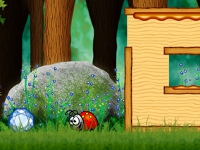 Beyond Ynth - Hey, you played the extraordinary puzzle game Ynth, right? You know, the one where you control the little beetle who moves through the sludge by pushing boxes around, and that was previously recommended here? If you didn't, you're missing one of the App Store's most original and most darling puzzle games. After you rectify that misdeed, grab the sequel, Beyond Ynth. Like the title suggests, this one takes the original formula a step further, adding nicer visuals, better puzzles, some gameplay refinements, and a whole host of new levels. It's an excellent follow-up to the original game and should not be missed! 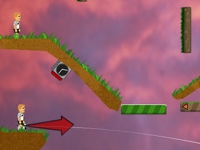 Red Card Rampage - This is how soccer (a.k.a. football) should be played! A 2D physics game with one goal in mind: hit the referee with the ball! Tap and move your finger on the screen to take aim, then release for the player to kick the ball. It's never a straight-shot to hit the whistle blower, so you'll have to pass the ball to teammates, work with buttons that move platforms, deal with wind, gravity, and tons of other creative obstacles. Easily one of the most entertaining and interesting physics games on the App Store, and who doesn't love watching cartoon referees get all angry and red-faced?! Penalty time! 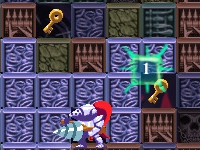 Knightfall: Death and Taxes - Hey, that game looks familiar. Didn't we just review it a few days ago? That was the PC version, of course. This is the portable iPhone version, and it's got just about everything its big brother has, miniaturized for your bus ride to work. The gameplay is identical: you control the knight or princess who can eliminate groups of blocks by tapping the screen. Rotate the board using the arrows at the bottom of the screen, all with the ultimate goal of nabbing the key and making it to the exit. Each move you make costs AP, and once you run out, everything you do eats away at your hit points. An excellent conversion of the PC game and a great follow-up to the original browser releases.

ok, I got knightfall, but the ipod I have it on sucks. If I transfer it to another ipod will i have to rebuy everything?

[No, you won't have to rebuy your apps. Your app purchases through the app store are transferable to your new device. You can even install your purchases on multiple devices at no extra charge, should you have more than 1 iPod, iPhone, and/or iPad. -Jay]

lol there are other pockect games like pocket god, Jay don't forget to add a note for all the other pocket games

Has anyone else had trouble upgrading from the demo version of Knightfall? Each time I go to the upgrade screen, I get a message saying I'm not authorized to make purchases on my iTouch (which seems ridiculous since I've bought apps on it without a problem before).

[Make sure your iPod Touch is updated to the latest iOS release. I believe in-app purchases require a recent version of the OS. -Jay]

Thank you for the suggestion, Jay, but it turns out I needed to change my restrictions under 'General settings' in order to make in-game purchases.

Great, I'm glad you figured it out! Thanks for reporting back, Caz, I'll be sure to remember that next time someone has a similar problem. :)