So many new Android games, so little time to play them all! Here's a protip for you: instead of social interaction, try an Android game! Cell phones are already wonderful tools for spurning your pals, so why not ditch the implied SMS communication and have some fun?!

Use a barcode scanning app to scan the QR codes and start downloading the games to your phone. We also recommend AppBrain, a wonderful program that integrates app browsing/installation across web browsers and your phone! 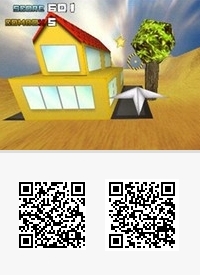 My Paper Plane 2 (3D) - If you've ever thrown a paper airplane, you know how tough it is to make the darn thing fly for more than a few feet. My Paper Plane 2 eliminates the letdown by putting you in the pilot's seat of a no-fall paper airplane that responds with silky smoothness to tilt controls. Avoid obstacles by moving your phone in different directions, and gather stars for some nice bonus points. New difficulty levels can be unlocked by earning medals, which are surprisingly challenging to grab. My Paper Plane 2 Lite (QR code on the left) features one stage and a tutorial level, while the full version (QR code on the right) has five complete worlds to explore. 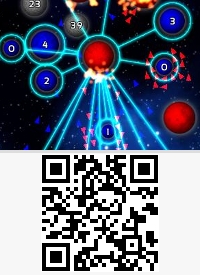 Galcon - Hey, you remember Galcon, right? The space-themed Risk-like game of strategy? Not only is the game on the iTunes App Store, Windows, Mac and Linux platforms, now it's on Google Play Android Games, too! Single player is entertaining enough, featuring the "send some units to take over other planets but not too many because you have to keep your territory defended" gameplay we're all familiar with. Multiplayer, on the other hand, is practically perfect, allowing you to connect with and battle thousands of real-life players who are also huddled over their Android phones.

Choice of Romance - The Choice Of games continue to grow in number, and with each new browser-based release comes a matching (and free) Android release. Choice of Romance follows the same "choose your own adventure" set-up as previous Choice Of games, giving you a lot of freedom to interact with and affect the story you're reading on the screen. This time around, instead of playing the part of a dragon, you are the eldest child of a once-wealthy noble family whose fortune is disintegrating. You are about to come of age, however, and your life is ready to unfold in front of you. How do you live it? That's up to which options your fingers tap on the screen, of course.

Andoku Sudoku - Heard of a little logic puzzle game called "sudoku"? 'Course you have! While there are as many sudoku games on Google Play Android Games as there are iTunes apps that determine whether or not you're a moron, a few stand well ahead of the pack. Andoku Sudoku is one such game, providing a rich puzzle experience with a clean, attractive interface and more puzzles than you can shake an Android-branded stick at (over 5,000) and includes popular sudoku variants such as Sudoku-X, Hyper Sudoku, Percent Sudoku, Color Sudoku and Squiggly Sudoku. Bonus: Andoku Sudoku is open source!

Laser Reflections - Who here hasn't played a game where you place/rotate mirrors to guide a laser to the target? The genre is practically ancient, owing its roots to some of the earliest visual puzzle video games around. In typical Google Play Android Games form, Laser Reflections brings the classic set-up to your mobile phone without bothering with slick niceties and other frilly things. Just lasers, mirrors, and an interface that's ruggedly useful. Place mirrors, refractors, double mirrors and splitters with the touch screen, or use the arrows to precisely place objects on the grid. Move the light around the screen and turn all of the bulbs red to progress to the next level.

NOTE: Games listed may not be available outside of North America. Prices are subject to change and are therefore unlisted. Please see the individual game pages for purchasing info. Games have been confirmed to run on Android 2.1 on an HTC Eris.

By the looks of it (without actually trying it because I lack any fun handheld devices), Laser Reflections appears to be a port of a game reviewed here waaaaay back when: https://jayisgames.com/archives/2004/06/reflections.php