What kid hasn't had dreams of being an astronaut? Exploring space, bouncing around in low gravity, meeting aliens, piloting a super-cool rocket ship. Ok, so maybe one of those is a bit far-fetched. This week's Mobile Monday features a game that's probably the closest thing most of us will get to flying outside of our planet's atmosphere. Or meeting an alien, for that matter. 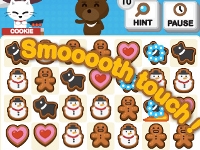 CookieCat - Very few match-3 games get the basic mechanics "just right". Zoo Keeper is one of the rare gems that does, and now CookieCat comes along to copy that success. A bare-bones puzzle game at its core, CookieCat features just a few modes of play, all of which revolve around swapping cookies to make matches. Other than special "fire" cookies that eliminate an entire row, there are no power-ups to speak of, it's just pure match after match of combo-creating awesomeness. CookieCat Free is also available. 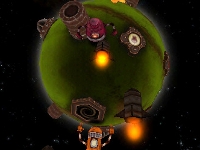 Steam Wars - A 3D tactical battle game with robots, missiles, more robots, and a cannon ball or two. Fight against your rival in this turn-based Worms-like game by moving around the planetoid to find strategically sound places to launch an assault. Choose one of several weapons, each consuming steam power but dealing an equal amount of damage, take aim, and let the battle begin. The controls are a bit convoluted at first, but the tutorial does a great job introducing the basics. The free Steam Wars Lite is also available. 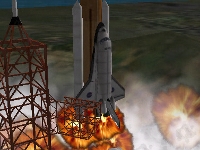 Space Shuttle - A game/simulator that's focused on realism. Space Shuttle lets you watch or control a shuttle launch in real-time. Nothing is time compressed for convenience, you get the full 8.5 minute launch and the last 12 minutes of re-entry in a surprisingly detailed package. In launch mode, you get to kick back and watch the shuttle move through the air with full control over your viewing angle. It's a beautiful sight to behold!