What? Sad news on a Mobile Monday? Sad indeed, fellow gamers. But not without a couple of shots of happy, too. In fact, we'll even argue that the happiness outweighs the sadness, with respective scores of 1.64 and 1.47 as measured on the Jack McBrayer Smile Scale! 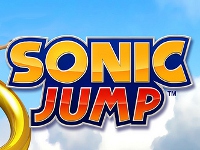 Sonic Jump is a thing - Sega recently announced a new mobile title starring that blue hedgehog guy some folks might just recognize: Sonic! Judging the fact that Sonic Jump already exists as a non-iOS/Android mobile game, we can scientifically determine this incarnation is going to be a Doodle Jump-like hop fest, challenging you to climb through familiar Sonic territory, fight against a few bosses, and roll in some classic Game Boy Advance-era artwork. The game is touted as being "new", so expect some significant updates to the formula and visuals. Or, not, who knows! Look for Sonic Jump in just a few weeks. 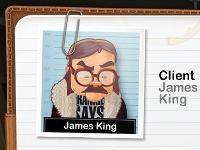 Devil's Attorney = Phoenix Wright in the '80s - 1337 Game Design is rapidly becoming one of our favorite mobile indie game developers. The team has already impressed us with the Dark Nebula releases, but now with the announcement of Devil's Attorney, it looks like it's time to go into full fanboy/fangirl mode. Devil's Attorney is a turn-based strategy game starring Max McMann set in the 1980s. Your goal is to free all of your clients, which allows you to furnish your apartment, boost your ego, and unlock new courtroom skills. In a lot of ways, it sounds like the Phoenix Wright series with an '80s twist, which is just fine by us! Look for Devil's Attorney on iOS and Android October 11th. In the meantime, check out the trailer and sing the song! "How do you plead? Not guilty!"

Bye bye, Noby Noby Boy - Sad news, everyone. Katamari Damacy creator Keita Takahashi recently announced that the iOS version of Noby Noby Boy will be disappearing from the App Store on October 9th. Although no reason for the pull was given, we suspect it either has to do with licensing issues or, more likely, a financial decision by publisher Namco Bandai. Either way, purchase the game now or download and back-up your previously bought copy if you want this little package of strangeness to stay in your life!