Cthulhu saves the what now? Something about a penny arcade? Er, well, yeah, close enough. Lots of strategy and RPG news in this edition of Mobile Monday. Not exactly the traditional mobile genres, but with portable devices rapidly turning into "serious" gaming machines, we've got to get a little more serious about our mobile games, don't we? 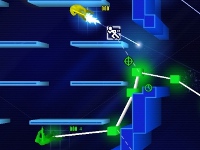 Frozen Synapse slides along - The stylish indie strategy game Frozen Synapse is on its way to iPad, and developer Mode 7 says the port is moving along at a nice pace. Fans of the Mac/PC version of the game have almost universally praised it as the most perfect tactical game in existence, and that's saying something when you look at the long line of strategy games that have come before it. Look for Frozen Synapse iOS later this year, touch screen ready! 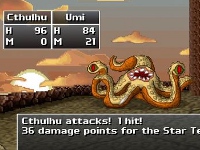 Cthulhu Saves the (mobile) World - Zeboyd Games is on a roll. Getting ready to release the third episode of Penny Arcade Adventures: On the Rain-Slick Precipice of Darkness in just a few days, the team (along with TinkerHouse Games) has also readied a new mobile port for us to devour. Cthulhu Saves the World is on its way to iOS and Android platforms very soon! The game is a straight-up retro RPG party with 16-bit era influences all over the place, putting you in control of a crippled Cthulhu trying to become a hero. It's every bit as fantastic as Breath of Death VII, and having a mobile port is a dangerous thing for your productivity. The release is set for June 28! 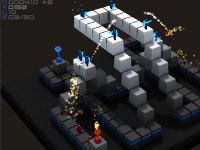 Cubemen goes portable - Launching earlier this year, Cubemen took tower defense gaming to an interesting level, ditching most of the fluffy story elements we've come to expect from our games and instead opting for a purely tactical gaming experience. Recently, developer 3 Sprockets launched Cubemen for iPad 2 and above, and to make it nice and clear for you, if you own the appropriate device, this is a game you want to play. It pretty much features everything you could want from a tower defense game, including multiple modes for single player and multiplayer support that spans platforms!