Dogs and worms dominate the latest edition of Mobile Monday, an entirely unintended coincidence, we assure you! To balance out the slight "ew" factor, have a taste of a cute robot and a new game from the creators of Angry Birds. That should balance things out nicely! 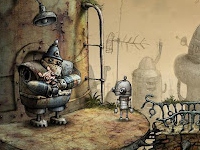 Machinarium on Android - If Amanita Design's latest release Botanicula hasn't kept you busy long enough, Android owners will be happy to know the studio's last big release, Machinarium, is now available from Google Play! The Android port unfortunately requires a hefty bit of hardware to run, so if you've got something beefier than a three year old Android phone laying around, get ready for mobile steampunk goodness! 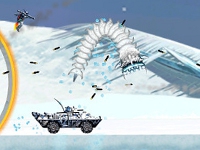 Death Worm eaten by 5M - In late 2010, PlayCreek released Death Worm for iOS, an official enhancement of the classic browser game of the same name. Barely 18 months later, Death Worm has been downloaded over 5 million times, almost as if every person in Denmark bought it! We're pretty sure the phenomenon isn't localized to Denmark, but PlayCreek has decided to celebrate all the same with a ton of new content, including a new ice stage, 20 new enemies, a massive boss battle, and a brand new mini-game! 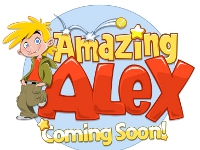 New physics game from Angry Birds creator - Rovio recently unveiled its upcoming new game, and the biggest surprise of all is that it's not another Angry Birds expansion! Instead, Amazing Alex is a building-based physics game similar to The Incredible Machine where you construct contraptions to accomplish various tasks. The game is actually an enhanced version of the iOS game Casey's Contraptions, which the company purchased outright not too long ago.

New toys for Off the Leash - If giant worms aren't your thing, perhaps freely cavorting puppies are? The tilt-based avoidance game Off the Leash is as cute as it is addictive, allowing you to control a pack of dogs running from the police while you work to go as far as you possibly can, increasing your pack size to gather more power-ups and switching your running formation to creep through difficult obstacles. New in this update is a new track to run on and a new character that you might not expect— a man dressed like a dog. That, alone, makes it worth checking out!