What's big and green, carries a pair of shoes in its teeth, and has a fondness for fondue? We have no idea, but that sounds like someone we'd want to meet! That person would probably also be interested in our latest round of mobile game news. Because, you know, who wouldn't?! 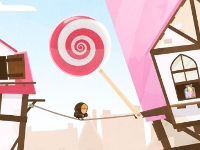 Tiny Thief readies 2 steel UR hart - Taking a page from both point-and-click games as well as stealth titles (see: Tiny Bang Story for the former, Beat Sneak Bandit for the latter), Barcelona-based studio 5 Ants has teased a few more levels in its upcoming game Tiny Thief. And it looks so good, we might end up being the thieves (you know, because we'll "steal" it away to play all the tim— dah, forget it!). Watch for this thief in the night to hit iPad and PC later this year. 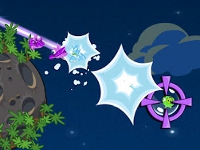 Get angrier: Angry Birds new levels! - It's only been a few weeks since the latest Angry Birds game, Angry Birds Space, has graced our mobile devices, but Rovio has already rolled out an update, adding ten brand new levels and tweaking the in-app purchases a bit. Not only that, but the Mighty Eagle has been tweaked, and when you download the update, you get a pack of 20 for free. As if you needed another excuse to play Angry Birds, right?

Pocket Planes digs deep - NimbleBit is responsible for several iOS games that will take hours productivity from your life and turn them into gaming fun time. See Tiny Tower for a great example (it also won our Best Mobile Simulation or Strategy game of 2011!). Along the lines of that micro-managing simulation, Pocket Planes is currently in the works, putting you in control of flights that carry the cutest passengers all around the world. Now, missions have been added to the in-beta game, pulling it one step closer to your next crazy addiction. No release date for Pocket Planes has been announced yet, but we'll hop on it the minute we can throw our money at NimbleBit!

Junk Jack kicks in the upgrades - Remember the Minecraft/Terraria-like iOS game we took a look at last year called Junk Jack? Well, the pixely crafting game continues to evolve, and the most recent update is one of the best ever. In addition to loads of bug fixes and new mobs such as mummies, frogs, zombies and more, universal support has now been added, meaning no more awkward scaling for iPad owners! Oh, and you can also farm and cook in the new update, which always goes well with mining! The full list of new things is impressive, so if you haven't nabbed the game yet, you really should give it a shot!