When you think of a "mobile" game, you probably think of a stripped-down, broken version of what could have been a big and meaty game for a PC or console system, right? Well, this week's selection of games aims to prove you wrong. Three titles that migrated from larger platforms but gained content in the process. Is that some sort of magic?! 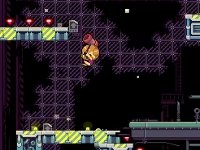 Tobe & Friends Hookshot Escape (universal) - This is the Tobe game you've been waiting for! Tobe & Friends Hookshot Escape has unlockables and addictive gameplay down to a science, as it's perfectly tuned to keep you playing and wanting more, more, more! The core idea is simple: the screen scrolls up, and you've gotta keep climbing to stay alive. Tap the screen to use your hookshot to grab onto ledges and pull yourself up. But hang on a second! Unlockable characters have different abilities than the default Tobe, and there are gems to collect, enemies to negotiate with, and equipment to unlock as well. The pacing is expertly done, and between rounds of climbing, failing, and climbing again, you'll do nothing but think "how can I go higher?!". 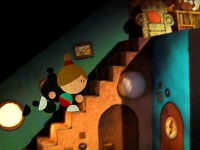 Lume (iPhone/iPod Touch) - Did you miss the 2011 PC debut of this lovely little point-and-click game? Don't worry, you probably weren't the only one. Lume managed to stay under most folks' radars despite being gorgeous, challenging, and a-friggin'-dorable. Now's your second chance to dive in, and the iOS release is just as good as its desktop big brother. Grandpa is away when the power to his home goes out. You arrive and must do whatever you can to get things flowing again! Plenty of puzzles to solve in a traditional point-and-click format, and the touch screen makes a fantastic replacement for a cursor. Lume HD for iPad is also available. 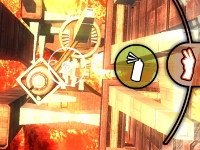 AaaaaAAaaaAAAaaAAAAaAAAAA!!! (Force = Mass x Acceleration) (universal) - Oh, what's that? It's been too long since you've hugged the side of a building you base jumped off of just so you could get a few points? Owlchemy Labs wants to fix that with a nice and faithful port of Dejobaan Games' PC game AaaaaAAaaaAAAaaAAAAaAAAAA!!! A Reckless Disregard for Gravity. Not only does AaaaaAAaaaAAAaaAAAAaAAAAA come at the top of every alphabetical list of games ever made, it also features some "wicked tight" tilt controls (is that the phrase the hip kids are using?) and the same in-your-face attitude as the original. Great game made a little bit better by putting it in the palms of your hands. For extra coolness, stand on top of a building, look down, and play the game. Exciting!