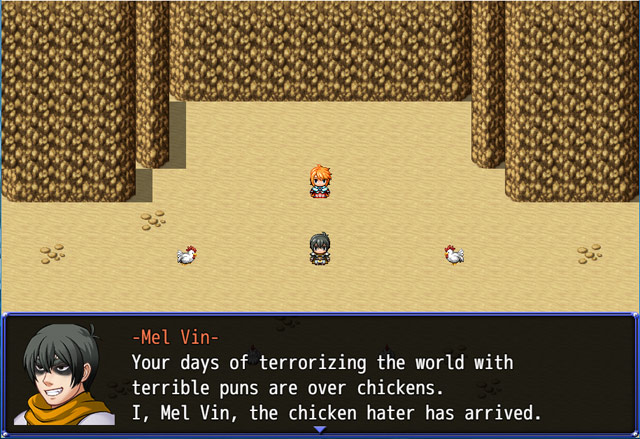 Amber Heart, unusually cheery for a detective in the kingdom of Rightia, is about to be faced with an adventure bigger than she can imagine. As she drifts through the unconsciousness of sleep, she can barely make out the voice of someone trying to talk to her, to tell her everything will be okay and she can handle it. Then, before long, she comes to, and realizes there is empty space all around her, and her bedroom has suddenly been relocated to...the middle of nowhere? Unless, as she jokes, Grandma has done some overnight renovation!

As Amber wanders through the (almost-)deserted world, she hears someone muttering and heads toward the sound to investigate. She soon discovers it is more than a dream after all, as a girl named Aurum is talking with her back turned. She struggles to understand the minutia of angels and heavens and how all of this works, but soon she comes to and one thing is clear: she must head back to Earth to face the Chicken Army!

Aside from a number of typos and small grammar issues, this installment is a good addition to the "Medieval Angel" spinoff of VasantJ's. It might also be nice to have some new music, as the same couple songs tend to be recycled through it. But there is an abundance of puns as usual, and even if some are a little cringe-worthy, the story arc progresses solidly and isn't, shall we say, light as a feather.

To play, use the arrow keys or mouse to navigate. You will also use them to select choices when prompted, [Space] to chose one. When there is dialogue, [Space] proceeds to the next line of text, or alternatively you can click. Further instructions are given in-game, but are very similar to other titles in this series.