Masters of Mystery:
Crime of Fashion

Masters of Mystery: Crime of Fashion combines the standard hidden object game with a detective story and forensic tools, in the vein of the CSI games or Women's Murder Club. 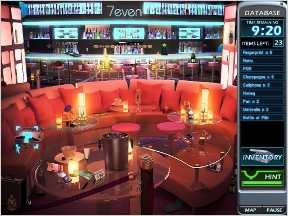 You are Detective Carrie Chase whose new assignment is to solve the murder of an up-and-coming fashion designer, Neil Lane. Accompanied by your cranky boss, you must search the city for clues. You travel into the world of supermodels, photographers, plastic surgeons and talent agents, questioning various acquaintances of the victim. When the suspects start turning up dead, your quest becomes more serious. Hunt for clues in both the upscale and sleazy parts of town, from nightclubs, photo studios, and the marina, to rummaging through run-down apartments and dumpster diving in an alley. Analyze the evidence and figure out who the killer is before more bodies start to drop.

The use of the forensic tools as part of revealing the objects is what sets this apart from the usual hidden object game. As you sift through lists of items you'll uncover a set of useful tools that are stowed in your inventory, such as a blacklight, magnifying glass, fingerprint duster and flashlight. There are interspersed mini-games that are a welcome break for your eyeballs, including several spot the difference games with blood evidence, anagrams, jigsaw puzzles, and fingerprint matching.

Some scenes have close up spots you have to hit: a purse, a trunk, a file drawer. A question mark will pop up if you mouse over an object you can inspect closer. Each forensic tool will be added to your inventory as you find it. In later levels you will need items like a key or crowbar to open the close up areas.

There are a couple of twists in gameplay and story to keep things interesting, along with good photorealistic locations, making object identification easier. Each item you collect is treated as evidence with a snapshot taken of each one. The evidence you gather progresses the story along by giving you clues that lead you to the next location. They all fit nicely into the detective story. 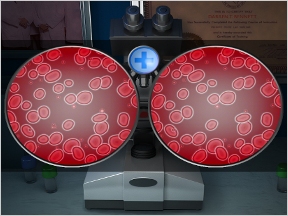 Analysis: The detective elements in Masters of Mystery: Crime of Fashion really enhance the hidden object part of the game, though they aren't quite as strong as some other games of a similar ilk. The addition of the forensic tools really makes this more interesting than the average hidden object games out there.

The density of objects and effort finding them was pretty easy for the first half of the game, it gets more challenging as the second half of the story progresses. You can glide through the first chapter in the demo, which may feel too easy. It does get harder, although never so difficult that you run out of time and have to start a level over.

The hint system was good, which is always a welcome addition. It's used like a power up, where you have to wait for a recharge before you can use it again. There were a few spots when it really comes in handy, especially if you've just dusted every inch of the scene looking for prints.

Late in the story there is a very brief animated scene which is well done and I would have loved to see more moments like that. Most games seem to front load the more ambitious production moments and peter out towards the end, this game had its higher production value in the latter half. Some of the story and dialogue was a little cheesy, but overall since those elements were short, it worked pretty well.

The levels and story are strictly linear, which is a downside for the detective part of the game. It would have been nice to be able to choose between locations when you find a clue, or jump into a mini-game, rather than have to finish a locale before moving on. The fact that your path through the game is forced reduces the sense of satisfaction in actively figuring out the crime. Although there is a clever use of a spot the difference game that you do use to solve the final clue leading to the conclusion.

But this is first and foremost a hidden object game, and the addition of the detective elements makes it a better one. The designers at Big Blue Bubble have given a purpose to the hunt, with sparse but effective story details and mini-games that really move it along.

Masters of Mystery is available to download from these affiliates: