An odd problem, but a real one is being a cat lover and a game lover and having the hardest time finding the perfect game that blends the two. If we are talking about the AAA segment, high-budget games that focus solely on cats (not other types of animals) are practically non-existent (until the upcoming Stray game is released). 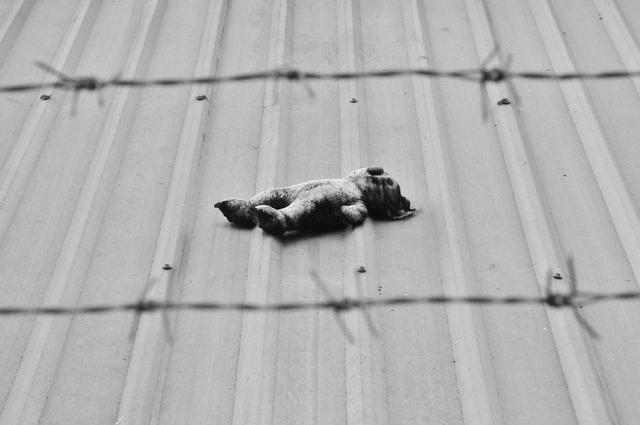 An odd problem, but a real one is being a cat lover and a game lover and having the hardest time finding the perfect game that blends the two. If we are talking about the AAA segment, high-budget games that focus solely on cats (not other types of animals) are practically non-existent (until the upcoming Stray game is released).

By the way, check out our walkthrough of Milo and the Magpies, a story about a pet cat named Milo trying to find his way home after a group of magpies led him astray.

Luckily, a relatively new game called Lost Kittens: Maze Garden is a welcome solution to our problem. This just might be the hidden gem cat-lovers are looking for as they await the release of Stray.

Wait a minute, just because the game's theme revolves around cats doesn't mean it's unquestionably worth your time. Let's test the game out and see how it fares.

Overview
Lost Kittens: Maze Garden is an exploration and puzzle game where you play as a cat. Meow! Your mission is to avoid traps and search and save lost kittens in 50 different mazes. This game will test your memory and coordination skills to successfully rescue the cat. But be careful! You might fall into the water or get burned if you don't watch where you're going.

Aesthetic
For a remarkably cheap game, Lost Kittens: Maze Garden is lovely to look at. The pixel graphics are a treat if you're into retro games. Granted, it's nothing special, but it's got pixelated cats, so that's a huge plus.

The relaxing tone of the background music somewhat contradicts the tense-at-times gameplay. It feels a little weird at first, but it doesn't detract from gameplay. I have no real complaints.

Speaking of the environment, unfortunately, it feels too monotone for my taste. The developer doesn't use that many assets. (It's a low-priced game, I know.) Luckily, the maze variations and inclusion of additional gameplay elements offset the lack of environment.

Gameplay
The game's control is the very definition of basic. You only need to use the directional buttons to move around. For me, a simple game like this is always welcome.

The developer made the mazes so that each level is harder than the last. That said, some levels are intentionally way more difficult than the others.

At times, you'll encounter mazes that will make you straight up frustrated. However, in between these mazes, are levels that are incredibly more relaxing. This "on and off" difficulty makes for a balanced overall gameplay.

Night Levels
Starting at level five, you'll occasionally play at night with your cat player wielding a flashlight. At first, I was slightly disappointed by how underwhelming it was. The night isn't murky enough for the mazes to be harder than normal. I even set my monitor's brightness to be quite low (30/100), but I can still clearly see the paths without the flashlight. However, once I advanced through the levels, I realized that I was wrong.

It becomes increasingly dark to the point where you literally can't see the terrain unless you're close enough to an object. I was about to complain about this, but now, I applaud the developer for the difficulty increment.

Another arduous challenge is finding kittens hidden inside the bushes. If you're stuck in a maze, you need to pay a little bit more attention. That said, except at night, hidden cats aren't that hard to find. For me, the real challenge of this game is trying not to fall into the gosh darn water.

Water Traps
You have to be careful not to continuously press the directional keys to walk. Take it one step at a time. It's incredibly easy to fall into the water as nothing separates the land from the water below (like a wall). You will have to restart the maze if you fall.

I get that this is supposed to be the part that makes the game amusingly difficult, but it fails horribly to do so.

As I see it, the game excessively relies on the 'falling into the water' bit to make it more challenging. Perhaps a better solution to increasing the difficulty would be to introduce more difficult mazes. Or make it possible for the cat to walk more slowly.

The Flashlight
Another downside to the game is the cat's flashlight. "But how can a flashlight take away from the game?" Because it's kind of useless. It only serves as a prop. You want it to add light to those dark spaces, but unfortunately, it just doesn't happen. The flashlight is a false promise in a world of darkness.

The Cat
The cat itself is great, except when it's not. Every time you stop moving, the cat will face downwards no matter which way you initially faced. I know that it's intentionally designed this way so that we can always see the cat's expression when it's adorably licking its paws and rubbing its eye (aww). Aesthetically, I have to say it's super cute; I'll give the developer that. But still, this is so agitating if you're trying to illuminate your surroundings.

Final Verdict: 3.5 out of 5
Lost Kittens: Maze Garden is not a bad pickup if you're a cat-loving gamer. But, the game needs a lot of improvement. First and foremost, I can't get over the fact that it's so stupidly easy for you to fall into the water. Pardon me for mentioning this aspect a bazillion times, but it shows how game-breaking this element is.

In my opinion, introducing tougher mazes would add way more value to the challenge than simply not including constraints between the land and water. Well, the cat does make an exceedingly cute voice when it falls down, but I still hate it when that happens.

All things considered, Lost Kittens: Maze Garden can provide a fairly enjoyable experience. However, I won't put it anywhere close to the list of top 20 games I've played in 2021.

Views
0 Comments
jayisgames.com— For a game that focuses so strongly on photography, Life is Strange sure lets you miss a lot of interesting opportunities for a picture. Each episode has ten optional photos you can take. You'll unlock an achievement after every photo...  ...

920 Views
0 Comments
jayisgames.com— Crush Crush starts fast and with severe injury. If that statement gave you mental whiplash, then it sets you up surprisingly well for the remainder of this review, as well as the game itself....  ...