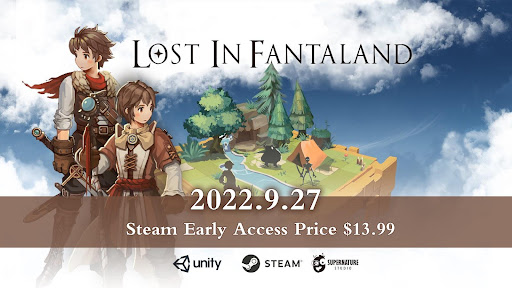 If you're a fan of deck-builders, turn-based strategy games, and rogue-lites, you're in for a treat.

Lost in Fantaland is all three of those things, and it's just arrived on Steam Early Access.

Available at an introductory price of $11.89, Lost in Fantaland is a slick-looking pixel-art adventure that sees you exploring randomly generated maps on a vast and mysterious continent.

First, though, it sees you choosing a class. The final release will have three to pick from - Warrior, Mage, and Deceiver - but right now only the first two are available. Naturally, these classes all have their own unique strengths and abilities.

There's a limited selection of three maps, too, but you can expect this number to climb after the Early Access ends.

Gameplay-wise, Lost in Fantaland lets you explore by choosing different branches. Along these branches you'll find monsters to fight, Artifacts and cards to collect, random events, and bonfires to sit at and replenish your hit points.

You can see what lies ahead before you march off down a branch, so it's up to you whether you want to play it safe with a bonfire-heavy path or seek glory on a branch dominated by monsters. 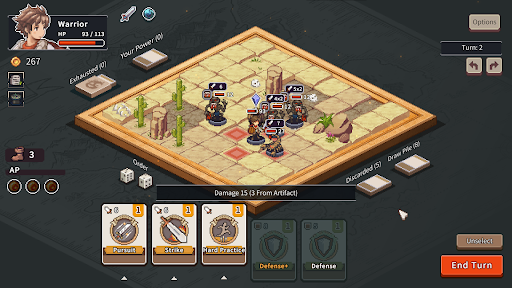 Combat involves playing cards, with separate card types for moving, defending, and attacking. You can boost your damage by combining certain basic and advanced cards, and after each bout you'll get a new card to shuffle into your deck for the rest of your run.

Lost in Fantaland isn't the first game to fuse deck-building and rogue-lite mechanics, but it expands on the formula by placing the action in an 8x8 isometric checkerboard.

It also adds varying terrain and weather effects, massively increasing the number of tactical options that you need to weigh up during a match. You can even lure monsters into traps, giving you the chance of victory after all of your cards are played.

You can check out the Early Access version of Lost in Fantaland right now on Steam.

12,986 Views
29 Comments
chrpa— Jayisgames needs your help to continue providing quality content. Click for details Colorbomb (Studio LOOK) released a new game and it's AMAZING! More than a year and a half ago we played - and enjoyed very much - his...  ...

8,847 Views
3 Comments
chrpa— Jayisgames needs your help to continue providing quality content. Click for details It's Friday and after a long time we have a new escape game from a new developer Tiny Carnival. Not long, true, but the puzzles aren't exactly easy...  ...