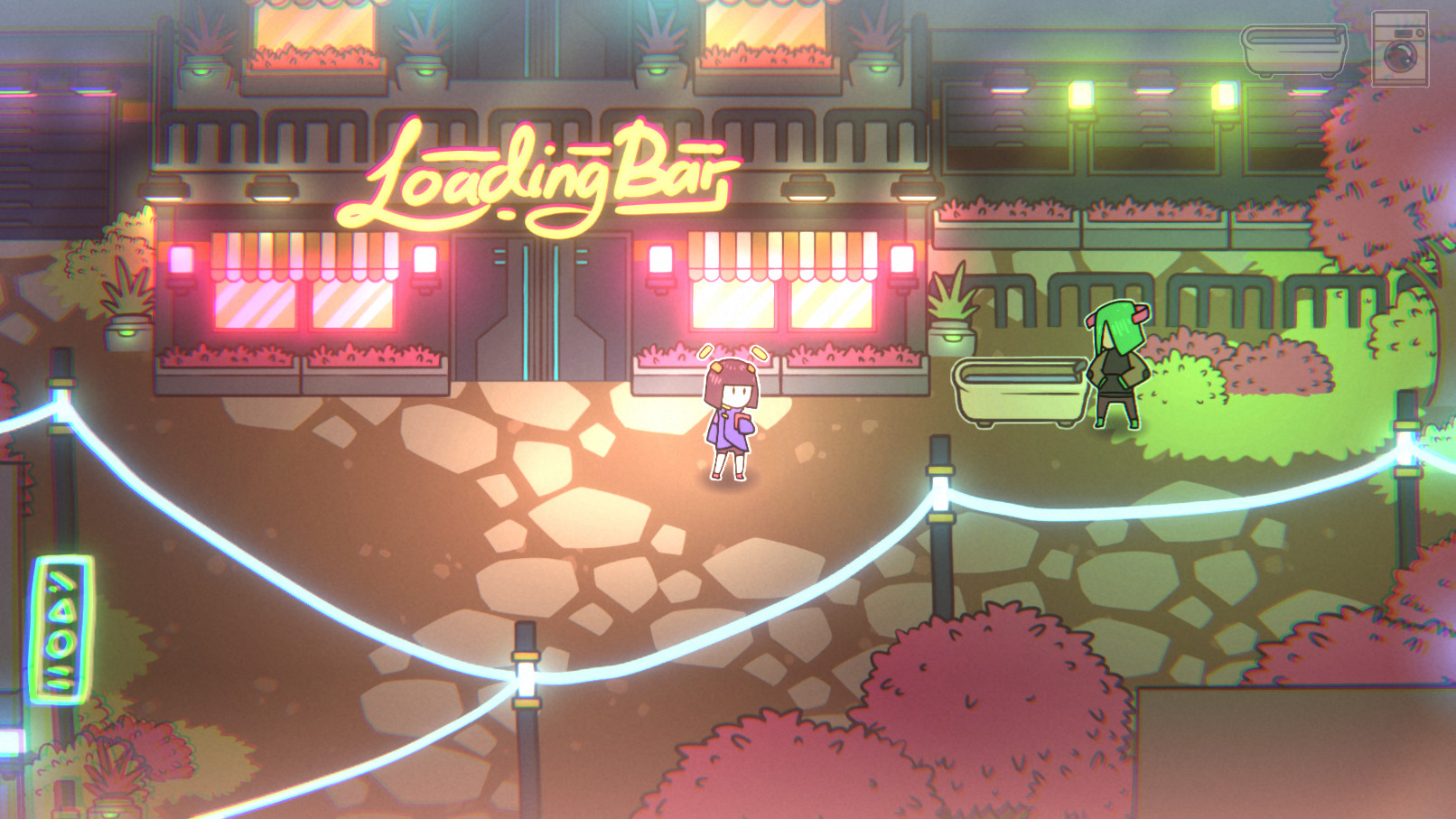 Loading Story is a charming and humorous game that will let you follow the hardships of [email protected], a software struggling to do its job and keep the user's happy. You can walk around, play mini-games, or talk with other software, not something you get to do every day, huh! Are you ready to help [email protected] debug the program and finish the damn loading screen? Let's go! 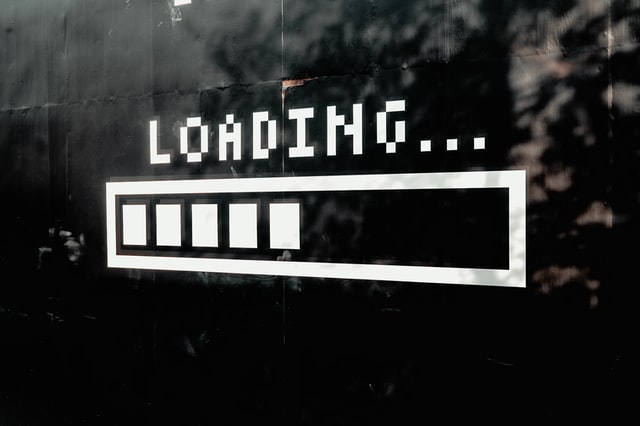 Loading Story is a charming and humorous game that will let you follow the hardships of [email protected], a software struggling to do its job and keep the user's happy. You can walk around, play mini-games, or talk with other software, not something you get to do every day, huh!

Are you ready to help [email protected] debug the program and finish the damn loading screen? Let's go!

Prologue
Right after you click start, you will see a loading screen. Wait for the game to load. Just kidding, you'll be there all day. The loading bar is stuck at 94%--hit the space bar to advance through the opening dialogue.

After the opening dialogue, you'll be taken to a small town where [email protected], the main software, is residing. [email protected]'s goal is to try to debug the program with the help of others. In this game, you'll benefit by talking to every person you meet. Start with the older man in a wheelchair, Dunia, on the right.

Walk to him and press the space bar once you see a dialogue bubble with three dots. Watch out for dialogue choices, marked with arrows around the dialogue bubble. Use the A and D keys or arrow keys on your keyboard to scroll through the options. Sadly, any dialogue choice you make won't make a difference to the game's ending, but it does make the game more interactive.

Listening to Dunia, he'll give you information about his son, Anak, who's supposed to bring world chunks/data to the program, but Anak is instead missing. [email protected] deduces that Anak is the reason the loading of the program is stuck. When Dunia asks for your help, you don't have a choice but to accept.

Searching for Anak
As per Dunia's instruction, head southwest to his home to gather clues. Don't forget to talk to people you meet along the way to better understand your surroundings, such as the fact that the in-game town is just a program with the town inhabitants acting as software components.

Once you're in front of Dunia's home, which is in the most bottom-left part of the town, you'll meet a fish-like software. The software will tell you that Anak has made a bad decision and is now being held captive by the Malware gang.

After talking to the fish-like software, walk across the street towards the Malware gang hideout. Talk to the bodyguard. The bodyguard will challenge you to play a mini-game only real men and women play. That's right, Rock-Paper-Scissors!

Rock-Paper-Scissors
To win against Malware's bodyguard, you have to pay attention to his hand before the round is played. What shape he shows before you choose any of the shapes yourself will be what he plays.

For instance, if he shows a paper right when you click one of the buttons, it means he will play a paper that round. Unfortunately, determining the bodyguard's shape pattern is pretty tough as he is FAST! But, although rare, there are small intervals where he stops changing shapes for longer than usual; take advantage of that.

If you lose, don't fret, You can try as many times as you want. Winning the mini-game will let you enter the gang's establishment.

Talk to the leader of the gang, Shuriv. Shuriv will tell you that Anak lost a bet and tried to get away; that's why he can't fulfill your request of releasing him for free. Instead, Shuriv will offer you a deal: bring him certain items -- a washing machine and a bathtub -- in exchange for Anak's freedom. (You can find these items from the townspeople you might've encountered earlier.)

Let's get the washing machine first. Leave the hideout and go to the left. You should see a rather fat man named Cuci beside a washing machine, talk to him and ask him to give you the item. As you might've guessed, you can't have it for free. It's time for another mini-game!

Squatting Contest
The squatting contest is a rhythm game similar to the Guitar Hero series and many others, but you won't rely on music. To win this game, you have to press the corresponding directional button when it scrolls down to the pink bar at the bottom. You gain points when you hit but lose points if you miss. Luckily, this mini-game is much easier than the last one. Of course, should you fail, you can try again.

Once you win, Cuci will give you the washing machine.

Next, head north to meet the green-haired man, Mandi, to gain a bathtub. To get his bathtub, you need to beat him in a classic pong game.

Pong Match
The rules of this game are pretty straightforward. By controlling a paddle, you need to make the other player unable to return the ball you hit while preventing the ball from passing through your paddle. You know, just like the first commercially successful video game in history, Pong by Atari.

Despite the simplicity, winning this game can be quite tricky. You need to watch out for the spherical objects placed in the middle-top and middle-bottom parts of the board. These blockades can make the opponent's shot more unpredictable. You might need a couple of tries before winning the bathtub.

Back to the Hideout
Once you have all the necessary items, head back to the gang's hideout. Shuriv will tell you that Anak has already gone to his father. Go back to the Loading Bar, the place where you initially were. Talk to Anak once you're there. Afterward, talk to Dunia.

Congratulations, you've finished the game! NOT. It turns out that the data Anak brought back was corrupted. As [email protected], what are you supposed to do? Well, nothing. Loading Story will tell you to play another game instead.

The game seriously ends here. Or does it?