This week, the Best of 2012 voting competition drew to a close, but 2013 is just gaining steam. As we gear up to several big indie releases later this year, like Amnesia: A Machine for Pigs and Slender: The Arrival, there's still plenty to keep us busy in the meantime, and look forward to beyond! 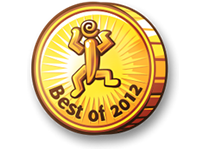 And the Winner is... In case you missed it, the results are finally in for Best of 2012, ranking all the games in every category as determined by your own votes. Taking top prize with the lofty designation of Game of the Year was Amanita Design's own stunning point-and-click adventure Botanicula, and the winners in other categories are no less fantastic. If you haven't already, make sure to take a stroll through all the top five games because they really are tremendous (you have a lot to live up to, 2013), but stay well clear of The Fabulous Screech if you aren't in the mood to absolutely shower yourself and everything around you with hysterical tears. 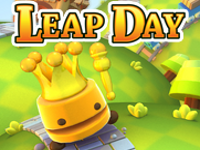 Itty Bitty Procrastination Committee If you liked Spry Fox's Triple Town, then you might just be interested to know that their latest game, Leap Day, has just entered open beta! It's a co-op strategy game that's all about directing your little workers to build bigger and better things as you lay down the land, and with some seriously squee-able graphics, a friendly tutorial, and free registration, there's no reason you shouldn't give this one a shot right now. I mean... unless you had things you were supposed to actually do today.

Fun, Family, and Nightmarish Reality Randomly generated adventure in a world already conquered by a nightmarish horror? Sounds good to me! Sithog's Ritual Dementia for PC, Mac, and Linux will see you as a Paglin, a member of a tribe being hunted for its souls and used as slaves after their world was overthrown by the Lord Behind the Door. Will you succeed in your quest to eventually liberate your people? Probably not right away. But what's neat is that through the game's family system, you can breed heroes throughout generations with new and more powerful abilities, and even rebuild the world's ecosystem! This one looks like it could be a ton of fun, so be sure to check it out. 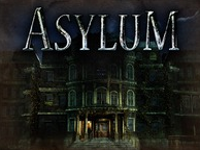 It Looks So Welcoming, Too Agustin Cordes is best known for the creepy indie horror adventure Scratches, and now he's looking to kick things up a notch with Asylum, a Lovecraft-inspired point-and-click adventure game set in a massive asylum. Details of the story are deliberately being kept under wraps, which might turn away some potential investors, but the Kickstarter also currently offers a playable demo, of sorts, and promises that the Asylum itself will feature over 100 rooms to explore, as well as tons of backstory and "genuinely disturbing" horror. It's also already been Greenlit by Steam! Scratches was a surprise sleeper hit, and if Asylum can live up to its roots, this is going to be one seriously cool adventure. 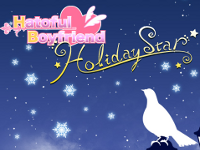 Carve it Into Your Heart! Whenever non-gamers ask me what the weirdest game I've ever reviewed is, I always like to talk about Hatoful Boyfriend, the visual novel adventure where you play a human girl attending a school for pigeons for romance and mystery, both because it's true and it always sounds like I'm making stuff up. Well, if like me you've got a hankering for more, be sure to check out the Christmas-themed Hatoful Boyfriend: Holiday Star, which features seasonal stories in episodic form. The downside is that this is not a game, with bare minimum player interaction, focusing instead on telling a story, and lacking the initial nutso surreal smack of absurdity present in the first game, it isn't quite as legendary. It is, however, cute and sweet as all get out, and definitely worth a look (and a read) if you're a fan. 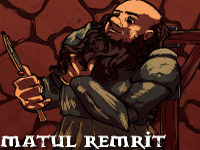 Little Heroes. Big Legends. I always get mildly resentful hearing people talk about Dwarf Fortress because it remains one of those ludicrously involved yet intriguing games I'll never quite get my head around. But lots of people have, and boy howdy do they ever have adventures worth coveting. Matul Remrit is one of the biggest and best examples, a years-long illustrated tale of one gaming session packed with some seriously well-written style and beautiful artwork. It's more than enough to make you think about picking the game up for yourself (and why not, since it's free!), and stands as an enduring testament to the passion it's sparked in some players.

I AM OBSESSED WITH LEAP DAY.
seriously. too cute.
I love the fact that it's easy to play, but HARD to play well, and that the only real punishment for messing up is that somethings will take a little longer. Very forgiving, very challenging, and very rewarding. LOVE.

also, 'beget a new royal heir' may well be my favourite feature of any game, ever.

Is something up with Leap Day today? When I open it, it seems to be going crazy--no other way to describe it!