Hmmm. Haunted museums? Check. Sweet-toothed monsters? Check. Musical mechanical mayhem? Check! What are we missing... let's see... oh! I know. How about a remake and overhaul of one of the best free indie adventure games of all time, Treasure Adventure Game? 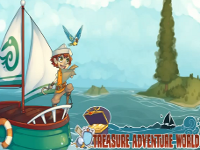 Set Sail For Adventure and Sweet, Sweet Treasure! Remember 2011's free indie Metroidvania adventure game of the year Treasure Adventure Game? Well, if you loved it like we did, then get ready to get really excited because Treasure Adventure World is on the way! Billed as a re-imagining of the original freeware hit, the new game will, apart from an improved engine and graphical overhaul, include a bunch of significant new changes like better enemy AI, more treasure, puzzles, and collectibles, and a lot of big changes to the story including a tighter focus, multiple endings, and better cutscenes. If for some reason you haven't yet played the original, now is a great time to start. Platforms, pricing, and a release date will be announced later, so stay tuned. 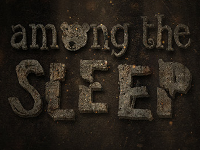 Little Hero, Big Scares It's been a while, but Krillbite Studios' "interactive experience" Among the Sleep is finally coming to PC and Mac later this year, so let's celebrate with some new screenshots and concept art! The game, which puts players in first-person control of a toddler navigating a dark house at night where you're unable to seperate imagination from reality, encountered some controversy when some people misunderstood the concept of the game and rallied against it, but thankfully it looks like it's still going strong. We'll be excited to get our hands on this one, but in the meantime, their free, short experimental game "The Plan" will be released for PC, Mac, and Linux on the 10th of February, so save the date! 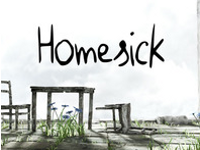 Daydreams and Nightmares Lucky Pause wants to both intrigue and terrify you with their Kickstarter for their upcoming PC game Homesick. The adventure game tasks you with exploring a peaceful abandoned building by day, but when you sleep, you find yourself trapped in a nightmare fleeing from the dark with an axe in your hands. Which is for me a typical Friday night, but I guess I could see how some people might find it unsettling. The game looks like it's going to be seriously engrossing, promising hard (but fair) puzzles and some heavy atmosphere to pull you in. If this sounds good to you, as it should, head on over and check them out to learn more! 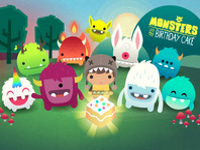 Baked Goods Are a Powerful Motivator I wanted to write about SleepNinja's Kickstarter for Monsters Ate My Birthday Cake, but it was so cute it almost finished me off entirely. The game is billed as an "environmental puzzler" and follows a little boy named Niko whose birthday cake is stolen by monsters, and goes on a quest to avenge it only to discover cake everywhere is disappearing! The game looks seriously fantastic, with a planned release on PC and iOS, and aims to recapture the spirit and fun of old-school gaming while packing on the secrets, challenge, special abilities, and of course monsters to defeat... or befriend! This one really looks like something special gamers of all ages will enjoy, so be sure to check it out... after making sure your cakes are under lock and key. 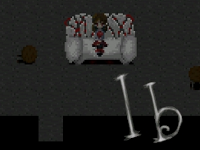 What Could Possibly Be Scary About an Art MuseEEEEE! Kouri's free indie horror adventure Ib, about a young girl who gets lost in an art gallery with some sinister secrets, was a hit with our readers. But how often does a little freeware game inspire some sincerely awesome cosplay? Note that these images potentially contain spoilers for the plot of Ib, so don't click through to them if you haven't finished the game. But if you have? Check out the talented Kanda Laam's eerie take on one of the game's most memorable characters, guaranteed to creep you out for a lot of reasons. In addition to being scary, they're also scary good! 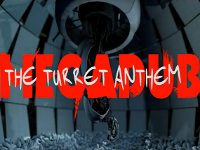 Music to Science By So there's this little game called Portal you might have heard of that was/is just a wee bit popular, and one seriously talented fan has found a unique way of showing his love. Zachariah Scott has put together The Turret Anthem, one seriously impressive music video created in TWO DAYS (I hate you a little, Zachariah) featuring everyone's favourite AI and some unusual turret behaviour. It's a pretty fantastic bit of work that is perfectly shot and orchestrated, and another amazing example of the talent that can come when a game inspires a fan.

Wow, that Ib cosplay art is seriously amazing. I want more! I'd love to see;

done in the same way. As well as a real life Garry. Not that I'm crushing on a purple haired pixel anime man... I'm not! That'd be weird. Don't give me that look!

I could not be more excited about Treasure Adventure World. OMG.

It's okay, Dandy. We all feel that way about Garry. *innocent look*

As interested as I am in an updated Treasure Adventure Game, I'm not sure how I feel about the new art style. It looks nice and all, but the old school pixel style is part of how the game is to me, part love letter to the 8 bit classics of yore, and removing that aspect in the art takes away from the overall feel. Maybe it just takes some getting used to.