Rise and shine, muffins, there are games to be had! This week we're doing something a little different and highlighting some of the great titles up for funding over at IndieGoGo, but that's not all. Ports, interviews, previews? Sounds good to me!

It's Coming Can't wait to stay up all night with everyone's favourite dapper nightmare in Slender: The Arrival? Then sink your teeth into this meaty developer interview that talks more about what we can expect, including just who that figure in the trailer is, what the levels will be like, replayability, and more. Slender: The Arrival is still on schedule for an early release this year, and horror adventure fans everywhere will soon be sleeping poorly... if at all. 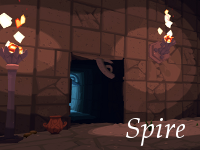 Procedural Generation is the New Black Hitbox Team, the developers behind the glorious Dustforce, have finally announced details on their next game, a procedurally generated first-person shooter called Spire, where players will be climbing a massive tower filled with mystery and danger that will be different each time you play. Right now, there aren't too many details except of the most general sort, but as the developers promise to already be "well into development" and more in-depth articles later, look for more news soon! 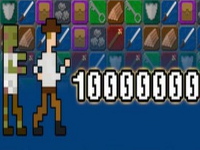 Points on Your PC One of my favourite "I wish I could quit you" games of 2012 was the immensely addictive match-3/RPG hybrid for iOS, 10,000,000, which had your character trapped in a dungeon and unable to escape until he amassed the full ten million points. If you don't have an iOS, however, now you can finally experience the "I should have been in bed six hours ago" addictive action of the game on your PC via Steam. Right now, the promotional price is $3.99USD, and after January 22nd it goes up to $4.99USD, and if you love fast-paced gameplay with retro graphics and tons of upgrades, this is definitely one you need to check out. 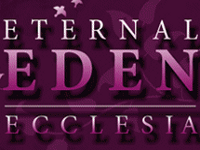 Eden Makes a Re-Entry It's been five years now since Blossomsoft released the indie RPG Eternal Eden, but one-man crew Elder Prince hasn't been quietly resting on his laurels. Up for funding on IndieGoGo, Eternal Eden: Ecclesia will be the sequel to the original hit, with completely original assets, a new storyline set in a constantly shifting world, and a massive overhaul of everything that made the original great. And speaking of the original, one of Ecclesia's stretch-goals include a remastering of the first Eternal Eden game that you'll receive for free if you pre-order and funding is met. Eternal Eden was a fantastic game, but the significant leaps forward in everything from design to gameplay here are really impressive to see, and if you're looking for classic RPG adventures with depth, you'll definitely want to check this one out. 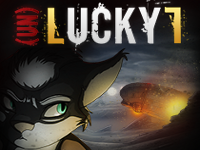 Fur and Fear "A horror, sci-fi themed, jRPG-view, story-driven, pixelart puzzle game!" Hmmm, says I. Hmmmmm. It's the sort of concept that sounds like it was chosen from a dart board, and yet if you look into it, *un*Lucky7 seems like it could definitely have a lot going for it. The story follows six prisoners serving life sentences who are promised freedom if they agree to venture out into space with an experimental engine and explore the unexplored, but soon wind up trapped on an alien planet in an abandoned facility. The game will offer a lot of different endings, depending on how well you did, and with the claim of drawing inspiration from titles like Corpse Party and To the Moon (sure, we can pretend those go together!), this could be something special, and definitely worth investigating.