We're counting down the days until the end of 2011! It's been a great year packed with some absolutely stellar titles, and each week on Link Dump Friday we'll feature three games from this year that are the personal favourites of one of your humble word monkeys. But of course, mine will be the best! (What's "humble" mean?) In addition to my picks this week for my personal favourite titles of 2011, we've also got a heads up on the sequel to an extremely popular zombie shooter, yet more pony love, some pigeon love, and more. 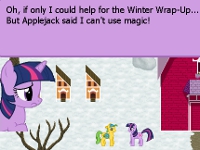 Friendship is Farm Simulation: Fan games for Lauren Faust's pony dynamo cartoon have been popping up everywhere and in every genre, and the latest should make the brony who's also a Harvest Moon fan very happy. My Little Pony: Budding Friendships is an adventure simulation where you take on the role of a new pony in Ponyville and set about fitting in and running your own farm. (Just don't try to edge in on the apple market.) You'll be able to take part in plots from your favourite episodes, and also befriend your favourite ponies in ways that will influence the game and the story. Whatever your feelings about the show, you can't deny the amazing amount of creativity and effort its inspired in its massive community, and if you're a part of it you'll definitely want to check this one out. 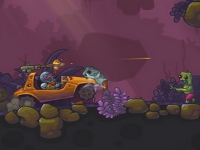 Zombotron: It's What's For Dinner Earlier this year, Ant Karlov's physics platform zombie shooter Zombotron captivated hearts and minds with its beautiful style, fun gameplay, and name that is really fun to say aloud in your best boxing ring announcer voice. Well... it's baaaaaaaaaaack!... almost! In February 2012 the dead will once again walk and shamble off of pits in comical fashion when the sequel arrives, and don't go expecting just more of the same. While you can look forward to typical sequel-sy stuff like new weapons and trophies that help you, Anton also promises the game is going to be "completely reworked", and will provide a deeper storyline on top of more of those explosive, dynamic environments we so loved. Hit the link to find out more, and then start counting down the days. 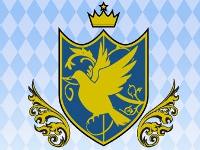 Dat Coccidosis Love Chances are you've probably already heard of visual novel dating simulation that's sweeping the 'net, but in case you haven't, allow us to open your eyes to the wonder that is Hatoful Boyfriend, a game where you play a human girl poorly disguised as a pigeon, attending an academy for actual pigeons. There, you may find love in the form of pictures of handsome birds, danger at the hands of a murderer, or poor grades. Not even kidding, folks. This game is 100% serious, and also strange and glorious. Once you get past the absurdity, there's a surprisingly engrossing story to be found, and even a reason for the big "WHY" you're undoubtably asking yourself. Currently, the demo is only available in Japanese, but you can download a free English patch over here, and a patch for the full version is coming eventually. Will there be a review? If I have anything to say about it, yes, absolutely, and I've already threatened to shank anyone who tries to write it up other than myself. 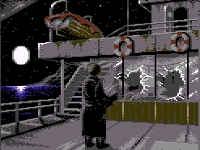 Back to the 64KB: Remember the Commodore 64? I mean, as something other than what your grandpappy used to talk about while you were trying to play World of Warcraft on your $2000 custom made gaming beast. Well, Newcomer is an RPG that's trying to bring it back. You play Neil, who regains consciousness right after he's dropped on an island that's meant to serve as his prison; he vaguely recalls killing his wife and the man she cheated on him with before passing out... but what happens now? Amoung other things, Newcomer promises "thousands of puzzles", over 180 characters to interact with, and "complex, non-linear gameplay with multiple endings". Our very own John Bardinelli and I have been circling around this project like nerdy sharks for some time now, and it's high time the rest of you got excited about it too. Hit the official site to learn more!

"you play a human girl poorly disguised as a pigeon"

...you have my attention.

I didn't know about Hatoful Boyfriend until a comic I follow mentioned it. xD There's a part of me that wants to play, but the other part hates pigeons with the fury of a thousand suns, so it'd probably try to sabotage me and ruin my relationship(s) with the bird(s). D:

This is the third LDF in a row to feature My Little Pony: Friendship is Magic in some form. That's... a little scary.

I'll stop featuring it when the community stops making interesting and promising projects. Of course, whether they're all completed remains to be seen, but the all-seeing eye of internet scrutiny can be a wonderful motivator.

PS: Kana, was it The Punchline is Machismo? :) I heard of Hatoful Boyfriend some time ago, but I always assumed it was meant as parody and wasn't going to be a complete game. Hopefully the full English patch arrives soon!

I am too concerned about MLP games appearing but I'm not intolerant.
Just don't forget to look at the other genres.

[Considering there's also three other titles on here with nothing to do with MLP, as has been the case every week, I don't think you have to worry about that.]

Is Derpy, the crowned queen of popular background characters in Budding Friendships? :U (Look, she was just a random background character who had silly eyes, and then, before we knew it, we gave her a loving family, that's an impressive feat, and you know it.)

No browbeating or competition from me over writing the Hatoful Boyfriend review, Dora. Yeah yeah, that was a given anyway. Just saying.

What's with all the brony haters lately?

Oh yeah, the website has manga-style personifications of the pigeon boyfriend candidates for us girls who play normal visual novel dating sims.

LOL! about those voice actors: play the first 1 minute of the game to find out about what's up with them. XD