This game received a rating of Y for infrequent profanity and robotic innuendo.

It is the year 1959B. Is too a real year. You know, in an alternate reality. You are Polyblank, spy extraordinaire, if James Bond crossed with Legoland can be called that. In Necrophone Games' first person comedy adventure game, Jazzpunk, you are tasked with a variety of missions from infiltrating the Soviet Consulate to doing something strange involving a mechanical pig. Each mission will take you into an unusual new world with an overabundance of objects to interact with. How are these missions connected? What is the big picture here? Is there one? 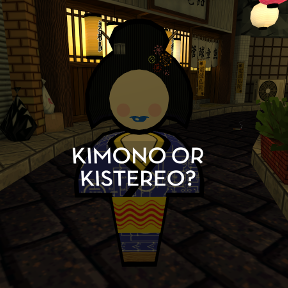 As with most first person titles, you'll look around with the mouse and move Polyblank with [WASD]. Additionally, you can jump with the [spacebar] and cycle through your inventory with [Q]. Your inventory is not handled like in traditional adventure games, where it becomes a large entity you puzzle through, but instead is only a couple of items at a time that you often use (with a click of the mouse) like weapons or other tools. Oh, like you've never wielded a framed picture before.

Analysis: Influenced by spoof comedies of the Leslie Nielsen era, Jazzpunk is a game that doesn't take itself too seriously. Some may say not seriously at all, but if you're looking for anything resembling a straightforward adventure game, this may not be the title for you. On the other hand, if you're familiar with gaming related pop references of the 90's, Jazzpunk may well tickle your funny bone to a delightfully nostalgic level. It's jam packed with references from that time and, even if you don't get them all, the complete experience can still be entertaining. 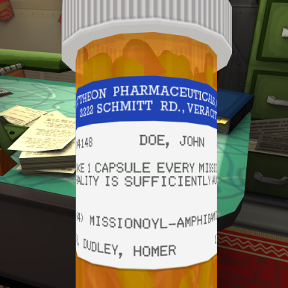 The problems with Jazzpunk are issues that are inherent to its style. While it is technically an adventure game, the epic story often associated with the genre is not present. Each of the half a dozen or so mission areas could have been presented in a different order with little to no change to the experience. Additionally, as stated before, the target audience is rather specialized toward those who have played Quake or know what the Virtual Boy is. Familiarity with these items is not a prerequisite of the game, and there are plenty of other humorous encounters within, but rather would give you full appreciation of what the developers were trying to create.

For a two-man studio, Necrophone Games has put together a solid, quirky, possibly divisive title. And if you think a comedy adventure with Get Smart spy-flair is up your alley, then toss them your cash. The main game may only take two hours to play through, but with all the sidequests to complete, achievements to earn and crabs to converse with, there are several more hours worth of exploring in the surprisingly detailed environments.

"Infrequent profanity and robotic innuendo"
I want this to be the title of my autobiography.