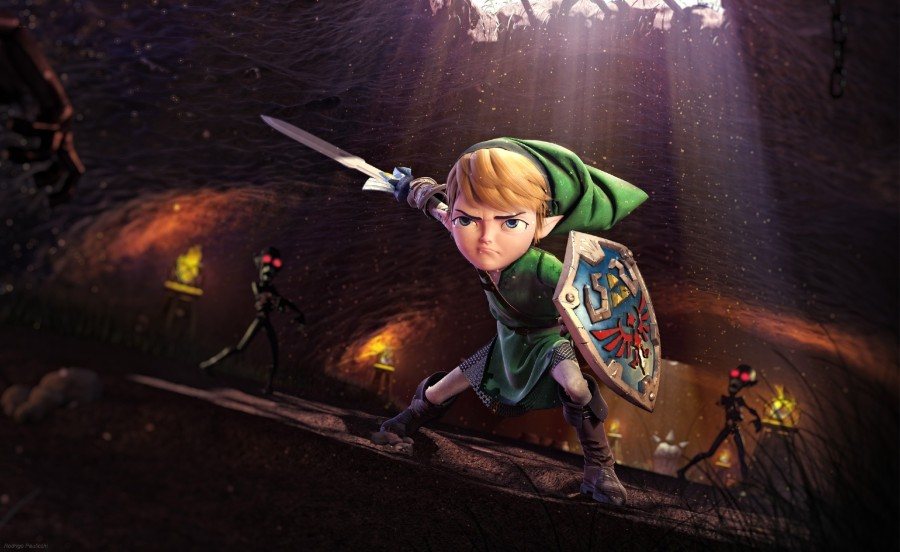 Nintendo games are an absolute gaming delight that every console gamer craves. The latest releases of this platform are a complete package of thrill, adventure, and excitement, no doubt about that, but the retro games launched by Nintendo are no less, being the perfect nostalgia trip for almost every game lover.

If you, too, are motivated enough to download NES games and enjoy them on your PC, you can start your gaming spree with the Legend of Zelda.

The Legend of Zelda: An Introduction
Wondering about the 'Legend of Zelda' hype in the gaming world? You might certainly be new to this exemplary arcade of gaming fascination that has everything to make you fall in love with adventure console gaming.
Essentially, a 1986 retro release by Nintendo, this game is an action-adventure gaming franchise having RPG components.
Talking about the exclusive gameplay, your adventure quest is all about directing Link, the hero of the plot, to protect the world against villainous counterparts, amid a series of challenging tasks and notorious hurdles. Though the game has gone through continuous transformations over the years, some major gaming aspects and features are appealing enough to get retained in every edition.
In the light of exact gameplay, the quests are considerably high on exploration, having a mix of brainstorming puzzles and thrilling action sequences. The game further has a heap of additional engaging side quests that help you in earning rewards to be used in the main storyline, like keys to access new landscapes and weapons to conquer the game antagonists.

PC Compatibility of the Game
Launched and published by Nintendo, the fundamental series of the game is hardware exclusive for Nintendo's portable and home consoles, ever since its release. The developers of the game are further, not of the interest to port any of the Zelda franchise games for PC gameplay. In other words, you need to have a Nintendo console to enjoy this game on your system.
Coming to the PC credibility of Zelda games, you can relish the gaming fun with suitable emulators. It is important to note that the Zelda franchise has been a storehouse of 19 editions in almost 3 decades.
Consequently, your game choice guarantees a strict specification of system requirements. The bottom line is, you need a powerful PC to run the latest editions of the gaming series.

Game Emulation
Zelda franchise games are best enjoyed on a PC through compatible emulation. When proceeding with the process, an emulator with a specific game's ROM file is your essential requirement. You will preferably require NES emulator software to mimic the game hardware for your PC.
Focusing on the access criteria, emulators are an IT-engineered utility that is mostly available open-source for free download and usage. ROMs are, however, bound by a legal constraint, considering the ROM download to be illegal without genuine ownership of the game. It is, therefore, recommended to keep a copy of your preferred Zelda game, before opting to download its ROM file from the game's official website.

Best Emulator Choices
As is evident, there is an enormous availability of emulator choices across the web. When browsing for the most affordable pick, the following options do deserve your consideration:

• Dolphin Emulator - This one is certainly among the best emulator choices you can ever have for playing almost any of the Nintendo games. The software is essentially open-source and facilitates stunning gameplay in HD quality with a 1080p resolution.

The emulator promises quick and seamless gameplay with conveniently configurable controls and has the flexibility to entertain public improvements in the software program. Apart from some minor bugs, the emulator is free from any potential cons.

• WhineCube Emulator - Programmed in C++, this one is an efficient emulator that supports ELF and DOL formats. The software has an amazing build of graphic and audio features and is best suited for homebrew games. The emulator has an additional access feature that allows you to enable or disable debug logging on your choice.

Other features include an HLE system, an interpreter, and a dynamic compiler. You cannot, however; pick the emulator to run commercial game titles, and the software may encounter bugs and occasional crashes.

• GCEMU Emulator - This one is a Zelda emulator, known intuitively for its quick performance. Though having an official release in 2005, the software is yet to be completed on the programming front. Considering the speed factor as a pro, the requirement of bug fixes and program crashes are potential cons of this emulator.

Among the diversity of Nintendo games available, the Legend of Zelda is known to have a separate fan base. Since the game is hardware exclusive, you need to have hands-on suitable console emulators to enjoy the game on your PC. The software market has some of the best open-source emulators that you can conveniently download to begin your gaming spree.