Hidden Lands by Avix Games (Digital Puzzles & Toys S.A.) are simply beautiful and serene. Players set up on a journey which leads them from one awesome floating island in the air to another, each one more awesome than the other and evoking curiosity for the next, and then the one following the next and so on and on. It's mesmerizing and calming.

Each new island you arrive to is split into two almost identical ones. They aren't fully identical at every point though, there are always few differencies between them - the number of differencies you can see at the upper edge of the gamescreen - and you need to find all to clear the level. Two unperfect islands merge then into one perfect and you can choose the next destination. The differencies are various, sometimes it's a tiny spot but could be also the biggest object. You can turn the islands around 360° - they both move synchronized - and you can see them from a high angle too. It's an important feature since looking for the differencies could be not an easy task...depends on an island and a player, of course. Some islands are solved in a minute (not exaggerating) and some takes much more time. 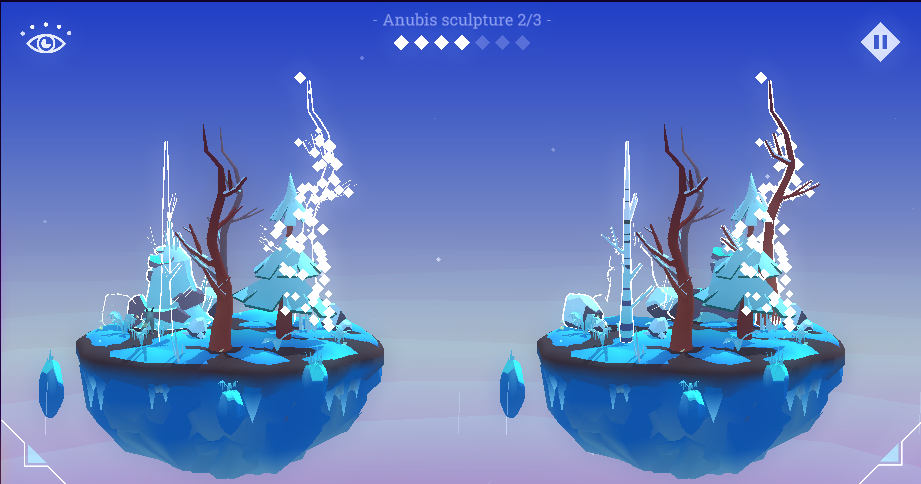 Eye-pleasing graphics and ambient soundtrack make the playing fluent and relaxing, and changing weather, changing colors of the sky and historical context of quests even more interesting. It's a long voyage to fantasy land, enjoy!

The game is controlled by a mouse and has autosave. If played on mobile devices, tablets are recommended. Notice, that rating in App Store is based on one user's opinion.

Windows:
Get the free version

It doesn't load. Tried Chrome and Microsoft Edge. Nothing.

If you're having trouble getting it to load, try accessing it via:

That worked for me.

I went through many screens before I discovered that you can zoom in. Very helpful for some of the smaller differences!

Zooming in will be most helpful - thank you JerryD. And with that in mind, awesome graphics! but not quite as intuitive, for me anyways..